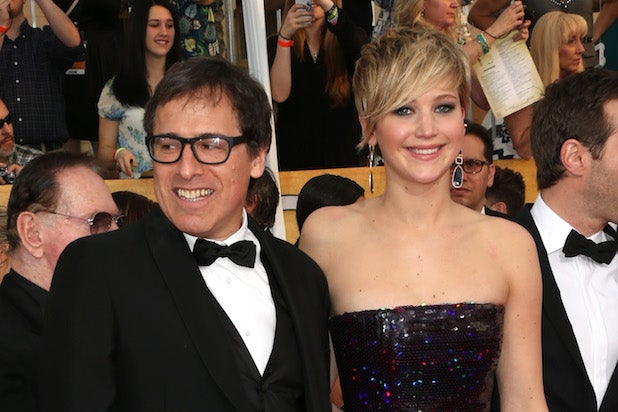 After working together on “Silver Linings Playbook” and “American Hustle,” David O. Russell may be reteaming with Oscar-winning starlet Jennifer Lawrence on an untitled movie about single mom-turned-entrepreneur Joy Mangano, an individual familiar with the project has told TheWrap.

Russell is in negotiations to rewrite an original screenplay from Oscar-nominated “Bridesmaids” co-writer Annie Mumolo, with an eye to direct the project. Lawrence is not officially attached at this time, but Russell would like her to star and has discussed the project with the actress.

John Davis and John Fox will produce the movie with Ken Mok.

Mangano was working multiple jobs to support her three children when she sold her mop making enterprise to HSN for millions of dollars. Known as the “Mother of Invention,” Mangano created the Miracle Mop and Huggable Hangers.

It’s unknown when Lawrence would have the time to star in the project, as she is attached to star in Universal’s “East of Eden” and Lionsgate’s “Burial Rites.” She’s also expected to reprise her role as Mystique in “X-Men: Apocalypse.”