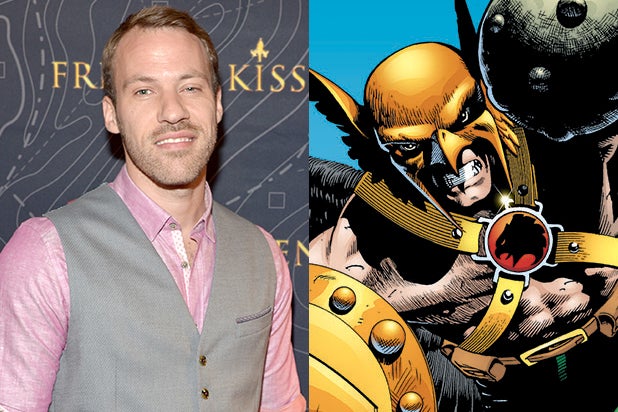 After announcing the character will be part of the “Arrow”-“The Flash” universe, actor Falk Hentschel has been cast as Hawkman, a character who will play a major role on The CW spinoff series “DC’s Legends of Tomorrow,” Warner Bros. TV announced Monday.

Hentschel will play Carter Hall, the latest reincarnation of an Egyptian Prince who is fated to reincarnate throughout time along with his soulmate, Kendra Saunders (played by Ciara Renée). Like Kendra, Carter can access the powers of the Hawk God, Horus, transforming him into the winged warrior known as “Hawkman.”

Hawkman will make his first appearance during crossover episodes of “Arrow” and “The Flash” on The CW before finding his home on the spinoff series premiering midseason in 2016.

Hentschel most recently starred opposite Cam Gigandet on CBS’ “Reckless.” His big screen credits include “Transcendence,” “White House Down” and “Knight and Day.” He is represented by APA and Jackoway Tyerman Wertheimer Austen Mandelbaum.