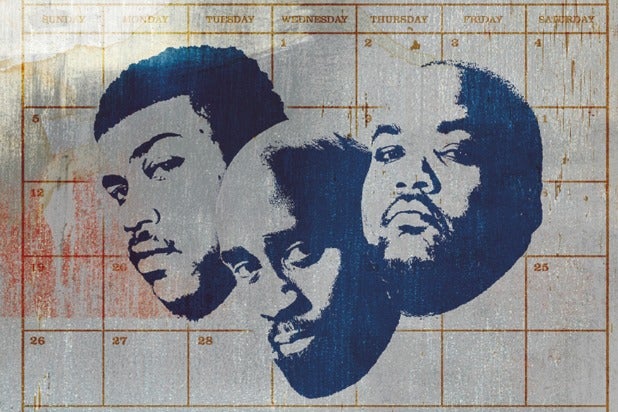 In the ultimate hip-hop Valentine, De La Soul is giving away its entire catalogue for free — including classic albums that have never been available online.

The group’s Maseo explained in an interview with The Champs podcast last month that the group’s early albums aren’t available for sale digitally because of disputes over sample clearances. Asked how fans could get the albums, he recommended YouTube.

“It’s been a trying journey,” the group’s Posdnuos told Rolling Stone. “We’ve been blessed to be in the Library of Congress, but we can’t even have our music on iTunes. We’ve been working very hard to get that solved.”

The news gets better: Posdnuos also said the group plans to release its first new album in a decade, “You’re Welcome,” in a few weeks.

There’s no overstating De La’s importance to hip-hop music: They provided an inventive, dryly comic counterpoint to the harder hip-hop that dominated when “3 Feet High and Rising” debuted, paving the way for experimental artists from The Pharcyde to Kanye West.