In a well-coordinated action, nearly three dozen cops and agents from the federal Drug Enforcement Agency descended upon the North Houston office of Dr. Conrad Murray, the physician who unsuccessfully treated Michael Jackson, to search for clues about who and what killed the singer.

Houston police served a search warrant and surrounded the Armstrong Clinic, where Murray has his offices, as the investigators went inside. Tape from the local TV station, KTRK, showed two Houston policeman guarding the front door, and the LAPD confirmed that it had detectives on the scene.

It wasn’t a raid,” said a DEA spokesman in Washington, D.C. "A raid is guns out, and you arrest people and throw people on the floor. This was a search warrant. We are looking for information, and you turn the place up. They went to his office.”

But with that size of an operation, "they mean business,” a Jackson family adviser adviser told TheWrap. “They are looking for any and all records — and if by chance these records were sanitized, like the Richard Nixon tapes, the doctor is going to be in trouble.” 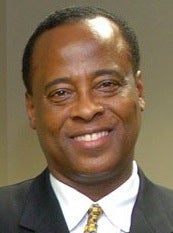 Murray, who is based in Las Vegas and licensed in California, Nevada and Texas, was Jackson’s personal physician and was with Jackson throughout his final weeks, including the day that he died.

Murray’s attorney, Edward Chernoff, has denied reports that his client gave Jackson any drugs that contributed to his death, but Murray has emerged as a central figure in the LAPD’s investigation into the singer’s death.

"The coroner wants to clear up the cause of death; we share that goal," Chernoff said in a statement. "Based on Dr. Murray’s minute-by-minute and item-by-item description of Michael Jackson’s last days, he should not be a target of criminal charges."

However, Jackson’s adviser disputed Chernoff’s claims that the authorities were merely seeking to clarify things. “If you want to clarify something you make a phone call, you don’t send all those agents,” the adviser said.

Murray was not at the clinic at the time of the raid; he is currently in Las Vegas, Chernoff’s spokesperson, Miranda Sevcik, told the Associated Press on Wednesday morning, adding that the legal team was surprised by the search.

She also said the agents were looking for Murray’s records, not drugs.

The DEA involvement came at the request of LAPD officials, who already have interviewed Murray twice, though so far, he is still only considered a witness, not a suspect. They also have asked for of Murray’s medical records in addition to those already provided.

"Dr. Murray was the last doctor standing when Michael Jackson died and it seems all the fury is directed toward him," Chernoff said. "Dr. Murray is frustrated by negative and often erroneous media reports, he has to walk around 24-7 with a bodyguard. He can’t operate his practice. He can’t go to work because he is harassed no matter where he goes."