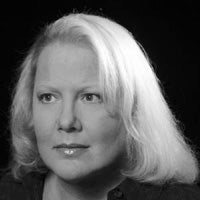 There’s been some discussion of late – led by the Hollywood Reporter and Village Voice – about Nikki Finke’s reported consultant deal with HBO on “Tilda,” a show ostensibly about her, and whether or not Deadline.com’s current and future coverage of the Time Warner cable channel is in violation of the Federal Trade Commission’s bloggy guidelines.

Seems to me kind of a stretch, but the issue is going to get even muddier – like the track at the Kentucky Derby — without disclosure.

Check these two posts – labeled “EXCLUSIVE” – about HBO casting. This one, by Nellie Andreeva about Jason Patrick joining “Tilda,” sparked the Voice piece.

Today, we have another “exclusive” by Andreeva, this one dipped in Finke’s meta goo:

EXCLUSIVE: Carrie Fisher just filmed a guest shot for HBO’s Hollywood-centric comedy Entourage. In a role, which may recur, she plays Anna Fowler, a reporter working for Nikki Finke’s Deadline Hollywood. The breakdown for the Anna Fowler character created a stir in some gossip-obsessed Hollywood circles, especially since HBO is prepping another comedy project, Tilda, whose title character played by Diane Keaton has drawn comparisons to Nikki. This will not be the first mention of Nikki on Entourage. "I’ll f— Nikki Finke before I let her affect my business decisions," was a line from last season. Entourage returns for Season 7 on June 27.

I e-mailed Finke, who is currently on a “medical leave” until June 4. I’ll update this post if she responds.