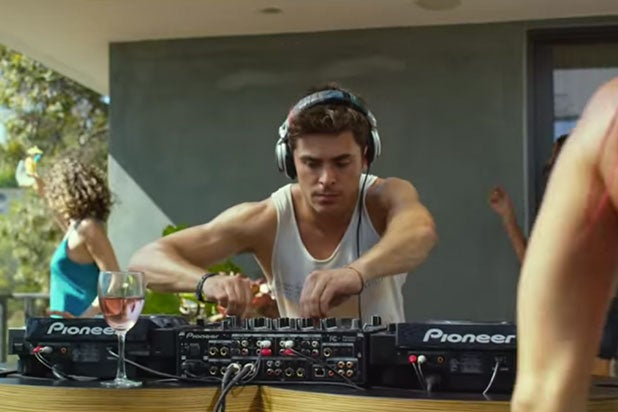 At least one person is happy that “We Are Your Friends” bombed at the box office its opening weekend.

Deadmau5, a popular EDM artist, said the tanker restored his faith in music, and took to Twitter to mock the meager opening of the movie starring Zac Efron as an aspiring DJ trying to make it in Los Angeles’ electronic dance music scene.

Well if anything restored my faith in music, apparently that zac efron trying to be a DJ movie bombed out this wknd. https://t.co/UYEhRGx6rR

@malheiroluis02 1.8 million apparently. Which isn’t that amazing. Budget was around 6 to make. Lols. Straight outta Compton is killin it tho

The DJ traded blows about the film with fellow EDM artist Trifonic, who ripped Efron’s pronunciation of synthesizer manufacturer Buchla.

Yes not even kidding. Efron plays around with a Buchla in the film. https://t.co/XSuSA5Psb7

I'm aware of this, but you'll probably have to remind Zac Efron (sorry Cole) of the proper pronunciation https://t.co/zbvGghcnXT

@trifonic im kind of shocked they had one in the film tbh. set designer musta been feelin some kinda way. — deadmau5 (@deadmau5) September 2, 2015

Yeah it was the high point of the film. Maybe they used a Buchla because Doepfer is even harder to pronounce https://t.co/e2fOftRd9V

“We Are Your Friends” opened to $1.8 million last weekend. The abysmal return makes it rank as the third worst opening for a movie in box office history. The film had a budget of $6 million, but Warner Bros. acquired the rights to it for $2 million from Studiocanal in November.