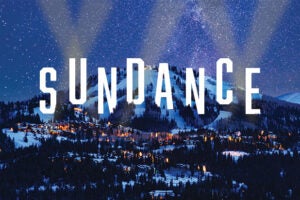 Deborah Dugan’s explosive exit as CEO of the Recording Academy has devolved into counter-accusations about the “boys club” culture of the nonprofit organization behind the Grammy Awards. But according to at least two Grammy insiders, Dugan’s ouster was triggered by her attempts to reform a Grammy voting process she called “ripe with corruption” in the bombshell complaint she filed Tuesday with the Equal Employment Opportunity Commission.

“She was pushing for changes. These guys who run the place think they sit on top of the world. They’re entrenched and arrogant and smug — especially smug. And they don’t like to be questioned,” one insider told TheWrap.

Dugan had been advocating for rule changes proposed by the Academy’s diversity task force, a group announced last spring and led by Time’s Up CEO Tina Tchen, that quickly met resistance with the executive committee of the Recording Academy’s board of trustees.

Tchen’s task force had recommended diversifying nominating committees and membership, creating opportunities for women and people of color through all levels of the organization and to revising the reporting process for sexual harassment. The Recording Academy’s board was ready to adopt all but one of the task force’s 18 recommendations: a ranked voting system for the Grammys. (Click here to read the task force’s final report.)

“This would have been a major alteration, because it would have weakened their secret committees,” the Grammy insider said, explaining resistance by Recording Academy board members. “She tried to push that change because the task force had recommended it. But it would have reduced their influence, so they resisted.”

In her EEOC complaint, Dugan criticized the “secret committees,” chosen by national chair (and now interim CEO) Harvey Mason Jr. and head of awards Bill Freimuth, that help determine nominations for the Grammy Awards. While the makeup of these nomination review committees is not made public, Dugan said the groups often include board members and industry professionals who have conflicts — perofessional relationships with nominated artists. In some cases, she said artists have been members of committees choosing nominees in categories for which they are themselves eligible.

The nominating committee’s job is to whittle the top 20 contenders down to five or eight nominees, depending on the category. But Dugan says these bodies instead use their position to push forward their own clients (or in the case of artists, themselves) and even manipulate the nomination process to ensure Grammys producer Ken Ehrlich will have a particular song that can be performed on the live awards broadcast.

The complaint said the board was permitted to nominate artists and songs that may have been excluded from the initial shortlists entirely or that artists ranked below others could wind up with a nomination at the exclusion of others. Dugan specifically said that this year, Ed Sheeran and Ariana Grande were overlooked by the nomination committee for “Song of the Year” in favor of an unnamed artist who only ranked 18 out of 20 contenders — but nonetheless emerged with a “Song of the Year” nomination.

But the bias in the Academy may extend far beyond the executive level. An individual familiar with the eligibility process said that in 2010, she participated on a panel made entirely of at least 10 white men over 40, all of whom were dismissive of her suggestions. “The crux of it all was that this was a white man’s game and they stuck together, even when their thoughts and opinions were no longer viable,” the individual said.

Tchen’s task force — appointed after then-Grammy head Neil Portnow came under fire for telling female artists they needed to “step up” if they wanted to see more recognition from the Academy — noted that past winners in the “Big Four” categories (Artist of the Year, Record of the Year, Song of the Year, Best New Artist) had won with as little of 13% of the overall popular vote. For instance, while multiple hip-hop and rap artists might conceivably be nominated in a given year, supporters for those genres might split the vote among the contenders, and a country or pop record with less consensus support would win instead.

Ranking potential nominees and winners would help fix that. A preferential ballot system, the report explained, could help democratize the process and ensure the views of the Academy’s increasingly diverse membership would be recognized. The report even pointed out that the Oscars and other state governments had adopted this very method. But there’s been no movement from the Academy on changing the nature of the nominating committees or installing a ranked system.

A representative for Tchen’s Time’s Up had no comment. Representatives for the Academy did not respond to a request for comment about Dugan’s specific accusations of corruption within the voting process. However, in response to Dugan’s EEOC claim filed on Tuesday, the Recording Academy said it had “launched independent investigations to review both Ms. Dugan’s potential misconduct and her subsequent allegations. Both of these investigations remain ongoing.”

In addition, four women who have served on the organization’s executive committee on Wednesday issued a statement insisting that the Academy “is keenly sensitive to any and all allegations of harassment or abuse, and we support the independent investigations that have been launched.” They added, “We would not have taken precious time away from our families and careers if we felt that it was a ‘boys’ club.'”

But other insiders said that Dugan, who became the Recording Academy’s first female CEO last year after Portnow’s abrupt resignation following the “step up” firestorm, faced severe challenges reforming a mostly masculine institution set in its ways. “My impression is that it is a male-dominated, political place,” one Academy member told TheWrap.

While noting that Dugan had a reputation as “demanding and impatient,” several insiders questioned why Portnow’s former assistant — whose complaint about Dugan’s “toxic and intolerable” and “abusive and bullying” behavior toward staff triggered an investigation and her ouster as CEO — had gone directly to the executive committee. “Why would you complain to the trustees instead of to HR? Because they were all Neil’s people,” the insider said of the board of trustees.

Another individual who worked with Dugan at the nonprofit (RED) said she stood out for her strong personality but that she had never been the subject of an employee complaint in her eight years leading the organization dedicated to eradicating AIDS.

Regardless of her skills, the Grammy insider said Dugan had misread the politics of her position — and her ability to make quick reforms. “My educated guess is that she is difficult to work for and she found herself very frustrated by their loyalty to Neil,” the insider said. “But she was not very smart about it — an analysis of the situation would say that you should go a little slower, ease off a few of Neil’s people out and bring in a few of your own.”

The insider also lamented that this public firestorm came at the worst possible time. “This is going to rip the Academy apart,” the insider continued. “Why would you fire somebody 10 days before the Grammys and think you’ll get away with it without public scrutiny? If this continues, it’s going to destroy the value of a Grammy.”

Steve Pond and Sharon Waxman contributed to this report.

26 Stars Who Only Need a Grammy to EGOT, From Liza Minnelli to Al Pacino (Photos)

The EGOT -- an acronym for Emmy, Grammy, Oscar, Tony -- is the greatest honor in entertainment. These stars are (or were) close to achieving it.