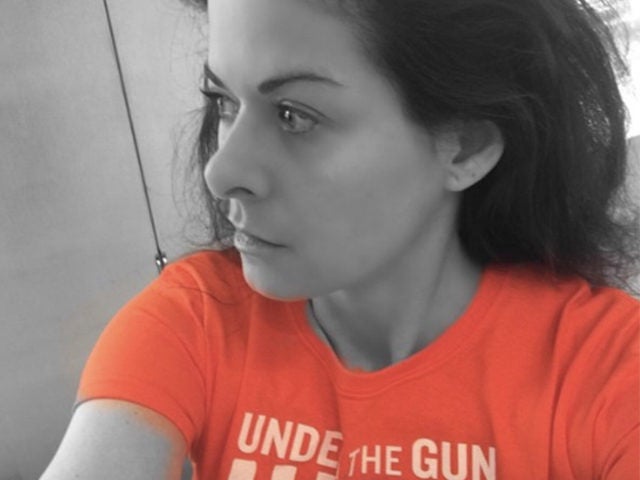 Debra Messing apologized for uploading a selfie amid news that a murder-suicide had taken place on the UCLA campus after Twitter users blasted the actress for her insensitivity.

“I’d like to speak to the selfie I posted, part of a predetermined day of advocacy whose goal is to bring awareness to gun violence in America,” she wrote on Twitter Wednesday. “We were all asked to post a picture today wearing this t-shirt. As I took the picture, the news broke about the shooting at UCLA. I was so shocked and struck by the horrible IRONY that yet another shooting was occurring as I was participating in this effort.”

Messing added that she only hoped to bring more awareness to the crisis with her post, especially with Thursday marking National Gun Violence Awareness Day, which calls those participating to wear orange.

“I am heartbroken and embarrassed that many people misconstrued my actions and that I caused offense,” she added. “That’s the last thing I want to do. The horrendous irony of the timing, I was hoping, would shine an even brighter light on the crisis and need for all of us to do something together to make the US safer. I am truly sorry.”

According to the New York Daily News, the “Will and Grace” alum posted a photo of herself wearing a bright orange shirt promoting Katie Couric’s “Under the Gun” documentary. The photo has since been deleted.

“HORRENDOUS Watching news about shooting at UCLA with casualties while taking selfie 2bring awareness to Gun Violence,” she had captioned the photo.

Many slammed the actress for being a “narcissistic self absorbed celebrity” and “an attention whore,” the Daily News reported.

Engineering professor William S. Klug was one of two pronounced dead following what police called a “possible murder-suicide” that took place around 10 a.m. PT on Wednesday in a small office of the Engineering IV building on the Westwood, California, campus. A firearm was later recovered at the scene.

On Thursday, the gunman was identified as Mainak Sarkar, a former doctoral student. It is believed that Sarkar killed Professor William S. Klug and then himself.