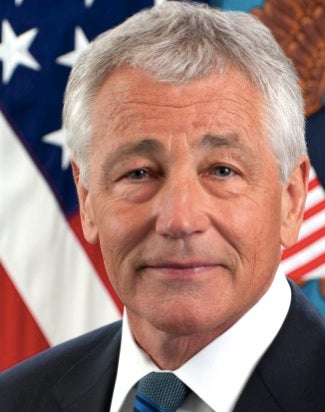 President Obama and Hagel are expected to make a joint announcement at 11:10amET Monday morning about his resignation. According to the New York Times, who first reported the news, Hagel is not stepping down by choice but instead under pressure over White House displeasure at his constant opposition toward the administration’s policies and strategies against terror threats such as the increasingly murderous group ISIS.

Hagel was sworn in as the 24th U.S. Defense Secretary in February, 2013. He was a controversial pick among liberals, who didn’t love the fact that President Obama was appointing a Republican as the nation’s top defense official.

Hagel will stay on as Defense Secretary until the president appoints his replacement.

Cable news networks have gone into wall-to-wall coverage of Hagel’s resignation. At 9:30amET, NBC News broke into the “Today” show’s third hour (not anchored by them) with a special report anchored by Matt Lauer and Savannah Guthrie.  “CBS This Morning” will update its West Coast editions with the Hagel news.