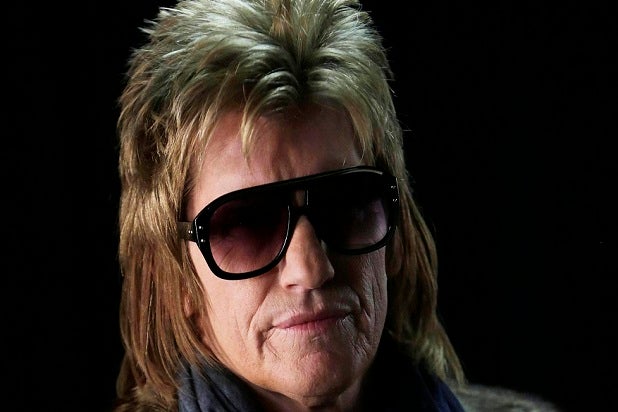 Denis Leary is officially back in business with FX.

The former “Rescue Me” star’s new comedy, “Sex&Drugs&Rock&Roll,” has received a 10-episode order from the cable network.

The series, which was created by Leary, will star the actor-comedian as Johnny Rock, a middle-aged would-be rock star whose path to stardom as the frontman for The Heathens was blocked by substance abuse and a penchant for sleeping with his bandmates’ women. Now, at 50, he’s trying to get the band back together and take another crack at a music career.

“I am extremely elated at the opportunity to once again be working with John Landgraf and the fine executive talent over at FX. They have a great platform for comedy, an award-winning marketing team and an amazing new Nespresso machine in the conference room,” Leary wisecracked of the series pickup. “The Gran Maestria C520 Platinum? Get this: it heats the cup!  Also, doing this show with FX will allow me to live one of my last show-business dreams:  Emmy-winner Peter Tolan [“Rescue Me” co-creator] will be playing my gay stepdad. I know what you’re thinking — isn’t Peter just a few years older than Denis? In fact, we are the same exact age. I’m just prettier.”

“Sex&Drugs&Rock&Roll,” which is produced by FX Productions and Fox Television Studios, will premiere next year.