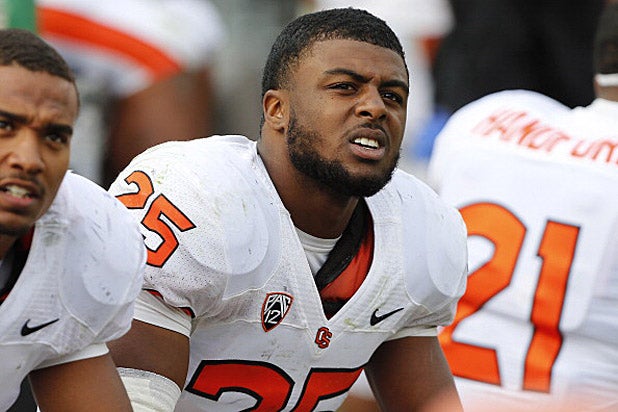 Super Bowl week has only just begun but it is already over for Denver Broncos safety Ryan Murphy, who has been sent home by the team.

Murphy, a member of the Bronco’s practice squad, was questioned Tuesday by San Jose police in connection with a prostitut

While he was not cited by police, “we decided it was best for the team if we continued our preparations for Super Bowl 50 without him,” coach Gary Kubiak said in a statement.

“Ryan is returning to Denver but his status as a practice squad player has not changed at this time,” he added.

The was part of the work of the Santa Clara County’s multi-agency human trafficking task force. According to local CBS affiliate KPIX 5, authorities were targeting an area of north San Jose, California, known for prostitution.

According to sources, police detained a suspected female prostitute in the area. The woman told task force members that she had to go to a car that was parked in a gas station near the intersection to retrieve some property.

Murphy was inside the car with his brother, and was questioned and released by police. However, his brother and the suspected prostitute were cited.

Murphy, 23, is no stranger to Northern California. Having grown up in Oakland, he attended high school at Oakland Tech before playing football for Oregon State (above in 2012).

He is far from the first player to get in trouble over Super Bowl weekend. The night before Super Bowl XXXIII in 1999, Atlanta Falcons safety Eugene Robinson was charged with soliciting sex from an undercover police officer in Miami.

Now a radio and broadcast analyst for the Carolina Panthers, he cautioned players Tuesday on resisting temptations. “That was the worst night of my life,” Robinson said. “The worst. Nothing else compares.”

Super Bowl 50 between the Denver Broncos and the Carolina Panthers will be played Sunday, Feb. 7, at Levi’s Stadium in Santa Clara. It airs live on CBS from 3:30 p.m. PT/6:30 ET.