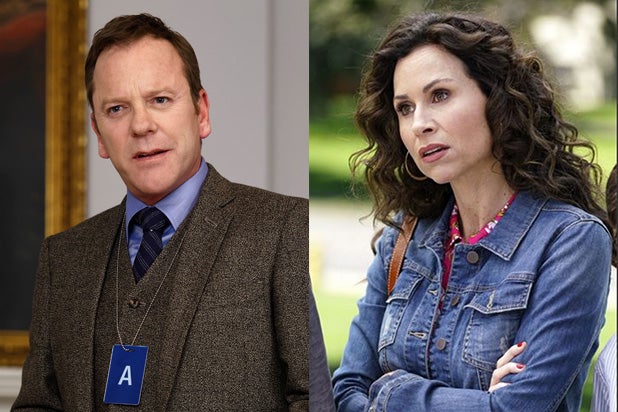 ABC has officially picked up both “Designated Survivor” and “Speechless” for full seasons, the network announced on Thursday.

The two series, which both air on Wednesday nights, have been picked up for nine additional episodes.

“‘Designated Survivor’ and ‘Speechless’ are two of the most critically acclaimed new shows of the fall season. We’re very proud of the creative excellence in front of and behind the camera, and are thrilled to be giving our audience more episodes,” said ABC Entertainment President Channing Dungey in a statement.

The Kiefer Sutherland-led “Designated Survivor” has been a ratings hit for ABC, especially in delayed viewing, scoring 15.3 million total viewers and a 3.7 rating in the 18-49 demographic, according to Nielsen’s Live+3 numbers.

“Speechless” also posted solid numbers for its debut, with 6.9 million total viewers and a 1.9 rating among adults under 50.

“Designated Survivor” and “Speechless” follow NBC’s “This Is Us” to become the second and third freshman series to be picked up for a full season. The network ordered nine additional episodes of the Dan Fogelman drama, starring Mandy Moore and Milo Ventimiglia, earlier this week.

On Wednesday, ABC announced that it had trimmed the episode order for the midseason entry “Imaginary Mary,” starring Jenna Elfman, by four episodes, bringing its total to nine.