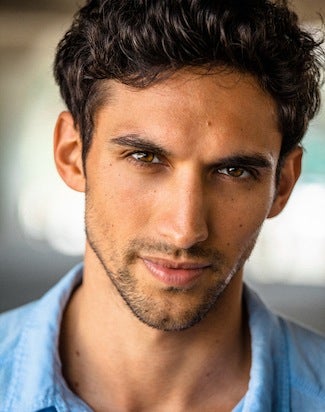 A new addition to the cast of Lifetime’s “Devious Maids” will add a new character with very special skills.

He’ll play Tony, the new bodyguard and chauffeur who’s described as “suave and sexy. Previously in the special forces, he is handsome and athletic.” Not too shabby.

The newcomer only has a few credits on his resume, including the online dating show “Romancing the Joan” with Joan Rivers.

“Devious Maids” follows the adventures of several maids and other house staff and their rich employers. Season 1 followed the women’s investigation into a fellow maid Flora’s (Paula Garcés) brutal murder at the home of her employers.

Originally passed over by ABC, the ABC Studios production became Lifetime’s fastest-growing drama in its history, and landed Lifetime in first place among cable networks in the Sunday at 10 p.m. timeslot. In September, 3 million total viewers tuned in to the Season 1 finale. That represented a 50 percent increase over its season premiere in June and a 16 percent increase over last Sunday’s penultimate episode for the show’s highest ratings of the season.

Lifetime renewed “Devious Maids” in August ahead of its season finale. It’s expected to return in Summer 2014 with 13 new episodes.