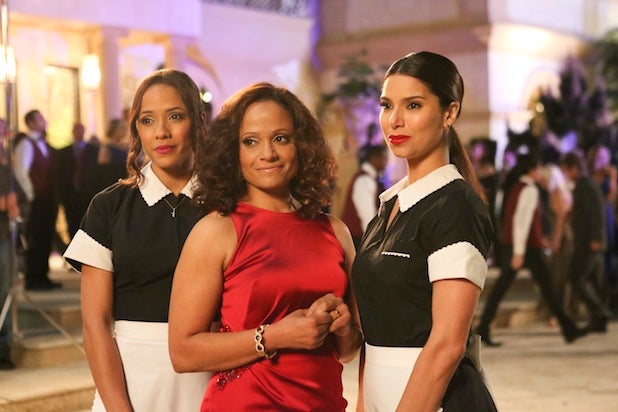 Lifetime is celebrating some double digit ratings gains for the season finale of its freshman drama, “Devious Maids.”

In the key 18-49 demographic, the season finale was up 69 percent over the premiere, attracting 1.4 million viewers. In the network’s key demo of women 25-54, it attracted 1 million viewers — up 51 percent from the series debut.

The show, which stars all Latina lead actresses, was up  19 percent in its Hispanic audience.