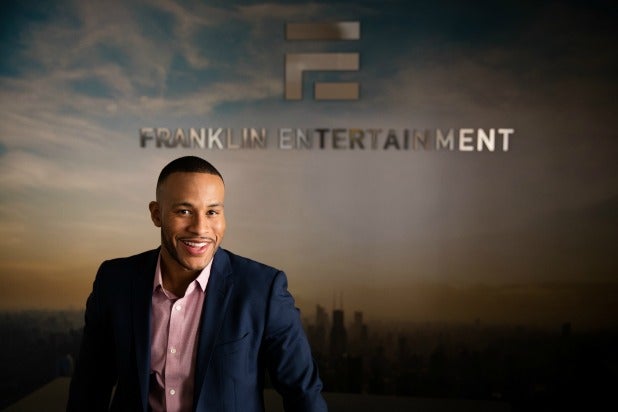 Franklin is widely viewed as the go-to guy for inspirational and faith-based material in town. In March of this year, Franklin developed and produced the hit faith-based film “Miracles From Heaven,” which starred Jennifer Garner and Queen Latifah.

The film, which received a rare A+ CinemaScore, was made for a modest $15 million and has earned over $73 million at the worldwide box office, making it one of most successful faith-based films in recent years.

“We’re excited to welcome DeVon Franklin into the Fox family. He has great taste and a real feel for inspirational stories. His films will provide a perfect complement to the great variety of films that Fox already produces,” Stacey Snider, Chairman and CEO of 20th Century Fox Film, said in a statement.

“I am deeply committed to producing inspirational content of faith that reaches audiences all around the world. This is why I’m so excited to join Stacey Snider, Emma Watts, and the Fox family. I am incredibly grateful for the support from such a legendary team for my vision of creating uplifting content for the masses,” Franklin continued.

Also Read: 'I'm Not Ashamed' Director on Why His Movie Isn't 'Christian' Just Because the Lead Character Is (Guest Blog)

Franklin got his start as an intern for Will Smith and and producer James Lassiter, then served as a Senior Vice President of Production at Columbia TriStar Pictures — becoming one of the highest ranking African-American executives in Hollywood’s studio system, as well as one of the youngest to reach that rank.

During his 10-year tenure at Columbia, he achieved unprecedented success in helping shepherd such films as “The Karate Kid,” “The Pursuit Of Happiness,” “Jumping the Broom,” and, most notably, the sleeper hit “Heaven Is for Real.”

Franklin has several projects in the works including the upcoming Sony Pictures Animation film “The Star,” a story about the first Christmas told from the animals’ point of view, which is slated for a November 2017 release, and the high-profile reboot of “He-Man and the Masters of the Universe” franchise.

Additionally, he is working on a highly anticipated remake of the 1975 classic film “Cooley High” with MGM, the inspirational biopic “44,” with Kevin James attached to star and faith-based film “MJB Got Faith” with TriStar Pictures.