With six Oscar nominations to her credit, more than 100 songs on the Billboard charts and a catalogue estimated to be worth half a billion dollars, it’s odd that songwriter Diane Warren isn’t more of a household name. That figures to change this week when the creator of iconic hits for everyone from Aerosmith (“I Don’t Want to Miss a Thing”) to Celine Dion (“Because You Loved Me”) is celebrated in a PBS special, “Diane Warren: Love Songs,” airing Saturday on L.A.’s KCET and various other times across the nation. Then on June 8, Universal Music Enterprises releases the CD, “Due Voci,” featuring some of Warren’s best known hits performed by a new romantic singing duet with the same name that she’s developed.

Warren spoke with Eric Estrin about how seeing names on album covers led to schmoozing with former Touchstone executive VP Donald De Line at a party, which led to a raft of movie hits for Jerry Bruckheimer and others. 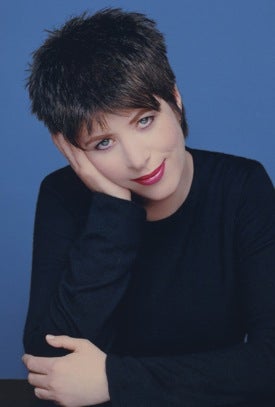 When I was about seven, I had the idea that this is what I wanted to be. I used to look at my sister’s records and look at the names. I kind of wanted to be that name, and I didn’t even know what a songwriter was.
When I was about 11, I got a little guitar and started making up songs. A few years later, I made my dad get me a subscription to Billboard. I became obsessed with writing songs. I really studied to see who produced what song, who wrote what song.
I got F’s and D’s at school, but I got straight A’s in knowing what was going on in the music world. That was what I was gonna do, and nothing was gonna stop me.
There was a songwriter’s showcase that would always turn me down, so I used to find ways to try to get people to listen to me. When I was 15, my dad started driving me around to different publishers. No one said, Don’t do this. Everyone said I should keep doing it; I had potential. I used to hate that word — potential.
I was knocking on doors and pounding the pavement basically. I was always making connections. I’d go to restaurants and if I heard anyone talking about music, I’d try to talk to them. I was focused like a laser beam.
I was really arrogant and driven. I thought I was really great, and I thought the songs I wrote were great — but they weren’t. But part of it is just believing. If you don’t believe you can do it, you’re in trouble. You need to have self-confidence to break through.
Finally, I signed to a publisher named Jack White — not to be confused with Jack White of the White Stripes, by the way. He was a German guy who was famous for producing Laura Branigan, and David Hasselhoff, who was really big in Germany.
I met Jack through a friend who was co-managing me. He gave him my tape, and that was really my first break, because through that contact, I got my first huge hit, which was “Rhythm of the Night” for DeBarge.
Then this thing started happening. “Rhythm of the Night” was chosen for a movie, Berry Gordy’s “The Last Dragon.” I don’t remember if I saw the movie before I wrote it or not, but I got a Golden Globe nomination. My dad was my date at the ceremony, and Ed Begley Jr. was at our table. He gave my dad a napkin to write my acceptance speech on, but I didn’t win so I never got to give the speech.
Later, I met Donald De Line, the head of Touchstone, at a party, and I was telling him jokes that he thought were really funny — some of my crude jokes. And he said, “There’s a movie called ‘Up Close and Personal’ — you should see it.”
So I started calling. No one was calling me back, but being me, I kept calling and calling, and finally Jon Avnet the director, showed me the movie on a Friday, and on Saturday I wrote this song, “Because you Loved Me.”
I thought it was probably the best song I’d ever written. Donald and Kathy Nelson — she was music supervisor on that film — were really my champions. When they used that song, it opened the door to all the Jerry Bruckheimer stuff and a lot of the success that followed.