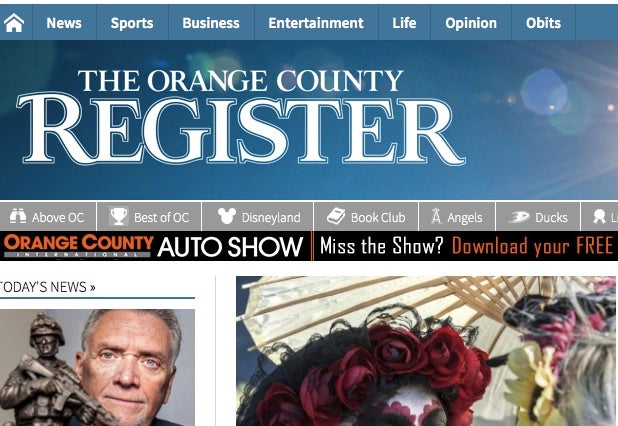 Update: The Bankruptcy Court for the Central District of California approved Digital First Media as the purchaser of Freedom Communications Inc.

Freedom is the troubled owner of the Orange County Register and Press-Enterprise of Riverside, California.

Freedom will ask a federal bankruptcy judge to confirm and approve the sale to Digital First, according to the Associated Press.

Freedom attorney William Lobel said in an email that he expectes the deal will close before the end of March. Digital First was the runner-up bidder for Freedom at $45.5 million.

Digital First is a Denver-based company that recently announced it would consolidate a variety of Northern California newspapers into two, with one focused on Oakland and one focused on Silicon Valley.

The Justice Department claimed the move would give the Tribune a monopoly over newspaper sales in the region, allowing it to increase subscription prices and ad rates. Tribune already owns the Los Angeles Times, the dominant paper in southern California.