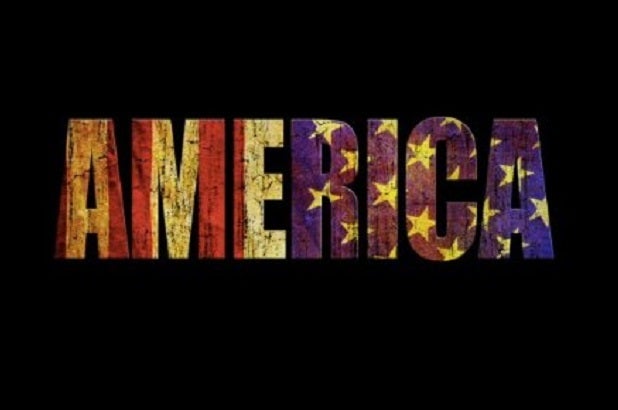 “America,” conservative author Dinesh D’Souza‘s documentary followup to his 2012 breakout hit “2016: Obama’s America,” didn’t spark the same box-office lightning as that film did in its box office debut, but its backers remain upbeat.

The most recent film opened in 1,105 theaters nationwide to $2.7 million from Friday-Sunday and roughly $4 million over the five-day July 4 holiday weekend. That’s well under the stunning $6.5 million debut of the first film, which came out in late August of 2012 and went on to become a hit, running up $33 million in domestic grosses. That’s the second most a political documentary has ever made, behind only Michael Moore‘s “Farenheit 9/11,” which took in $119 million in 2004.

But “2016: Obama’s America” came out just before to the November election between President Obama and Mitt Romney, and that plainly made a difference.

“We didn’t expect to open as well as that film for that reason,” co-director John Sullivan told TheWrap Sunday, noting that the overall box office was way down as well. “But the word of mouth on ‘America’ is tremendous, even better than on ‘2016,’ and we think it’s going to build in the coming weeks.”

“America” was co-written and co-directed by D’Souza and Sullivan, and produced by Gerald R. Molen (“Schindler’s List,” “Jurassic Park”). It’s intended to debunk the idea that the United States has been a force of evil across the world through a combination of historical re-creations and interviews with some of the country’s harshest critics.

Audiences loved the film, giving it a rare “A+” CinemaScore, and 92 percent gave it a “definite recommend” in exit polls.

Conservative icons like radio host Rush Limbaugh promoted the film prior to its opening, and “America” connected with its core.

The audience was split nearly evenly in terms of gender but skewed older, with 69 percent over the age of 55. They were mainly Caucasian (93 percent) and 82 percent of those polled described themselves as “very or somewhat religious.”

Sullivan wasn’t at all disappointed with the first weekend in wide release for “America.”

“For a documentary without Justin Bieber or animals in it, I think we did pretty darn well,” Sullivan said.