DirecTV is adding Fox Nation to its streaming lineup, both companies announced on Monday. The move comes after DirecTV opted to drop right-wing One America News (OAN) in January.

As of Sunday, Fox Nation — which includes original series “Tucker Carlson Today” and “Crime Stories with Nancy Grace,” is available as a premium add-on to DirecTV, with plans to expand to DirecTV Stream this summer. Fox Weather, the free ad-supported streaming television (“FAST”) weather service, will debut on DirecTV Stream on March 29.

Fox News Media CEO Suzanne Scott said in a statement, “We are proud to work with DirecTV, expanding the distribution of our signature streaming services, Fox Nation and Fox Weather, and offering more opportunities for our dedicated viewers to watch our premier content.” 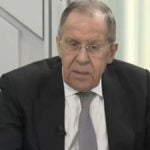 “We want to empower our customers with more capabilities in how they choose to watch the content they care about most,” said Rob Thun, Chief Content Officer DirecTV. “We’re pleased to expand our  relationship with FOX News and add value for our subscribers by offering FoxNation and FOX Weather.”

OAN has filed a lawsuit against DirecTV and parent company AT&T for breach of contract over the ouster.