David Zaslav’s stock and option awards just ain’t what they used to be. In 2020, the Discovery president and CEO’s compensation declined by $8.1 million to $37.7 million.

Zaslav’s annual salary stayed at $3 million last year, when his stock awards slipped by about $1 million to $12.5 million. His option awards were the biggest difference, however, declining from nearly $7 million in 2019 all the way to bupkis. 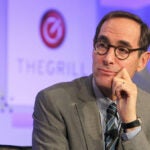 Discovery joined the streaming era this year with the launch of Discovery+ on Jan. 4.

In late February, Discovery, Inc. had topped 11 million total paid streaming subscribers since Discovery+’s debut, with the company “on pace” to hit 12 million SVOD subs by the end of that month. That number encompassed the company’s entire portfolio, including international direct-to-consumer products, like Eurosport Player and GolfTV, but the vast majority were paying Discovery+ customers.

Earlier this week, Discovery said it ended Q1 of 2021 “with 13 million global next generation paying direct-to-consumer subscribers.” And at present-day, that cross-portfolio number is 15 million.

Discovery is coming off a rough quarter when it missed analysts’ first-quarter earnings forecasts by quite a bit. Wall Street had forecast earnings per share (EPS) of 65 cents on revenue of $2.77 billion, according to a consensus estimate compiled by Yahoo Finance. A smaller compilation by Zacks was a penny lower on the EPS prediction, but concurred with the sales figure.