Discovery shareholders have approved the company’s merger with WarnerMedia from AT&T to create Warner Bros. Discovery, the company announced Friday.

AT&T shareholders do not need to vote on the merger. The deal is expected to close in the next few weeks in second quarter of 2022.

“The transaction will bring together WarnerMedia’s premium entertainment, sports and news assets with Discovery’s leading nonfiction and international entertainment and sports businesses,” Discovery Inc. said in a statement.

“At the Special Meeting of Discovery Stockholders held earlier today, based on estimated preliminary voting results, Discovery stockholders voted to approve the charter amendment proposals, share issuance proposal and the advisory (non-binding) compensation proposal. The approvals mark the completion of one of the few remaining closing conditions for the merger.  These preliminary voting results will be updated through the filing of a Current Report on Form 8-K to reflect the final certification of results from the Inspector of Election.”

The Boards of Directors of both AT&T and Discovery have approved the transaction. And last month the merger cleared its biggest hurdle by winning the approval of U.S. antitrust regulators.

AT&T is spinning off WarnerMedia in a $43 billion deal with Discovery, Inc. Longtime Discovery chief David Zaslav will run the new company, which will trade as WBD on the NASDAQ Global Select Market and under the name Warner Bros. Discovery as the combined name for the two entities. 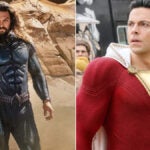