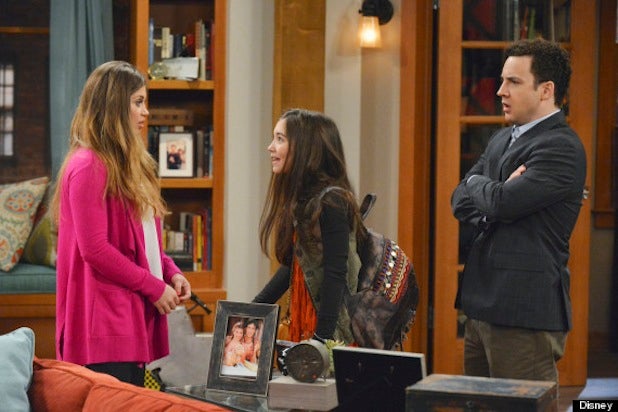 It was expected, but now it’s official. Disney Channel has picked up the back eight episodes of “Girl Meets World” for a full-season order of 21 episodes, a network representative told TheWrap.

“Got the great news tonight that #GirlMeetsWorld was picked up for 8 more episodes – a total of 21! Can’t wait for everyone to see them all,” she tweeted.

Disney Channel ordered the project to series in June 2013 with production set to start in the summer, but the cable channel didn’t reveal how many episodes it had ordered at the time. Set to premiere this year, a debut date has yet to be determined.

On the spinoff, 11-year-old “Spy Kids: All the Time in the World 4D” star Rowan Blanchard will play the titular “girl” with Ben Savage and Fishel playing her parents and reprising their roles as childhood sweethearts Cory and Topanga, respectively.

Set in New York City, “Girl Meets World” follows Cory and Topanga Matthews’ daughter, Riley (Blanchard), as she takes on seventh grade with her best friend, Maya (“Sofia the First” star Sabrina Carpenter). Cory is a history teacher at the school while Topanga owns a diner, a popular after school hangout.

On the pilot, Teo Halm plays Riley’s older brother Elliott; Peyton Meyer plays a romantic interest for Riley; Corey Fogelmanis is a smart fellow student; and William Daniels reprises his role of Mr. Feeny, teacher and school principal and later a college professor on the original series. Disney Channel didn’t confirm if the actors would move on with the series.

Co-creator Michael Jacobs has said there’s a good chance that Rider Strong will reprise his role as Cory’s best friend, Shawn Hunter, the only character to appear on every episode of “Boy Meets World” aside from Cory and Topanga during its seven season run on ABC from 1993-2000.