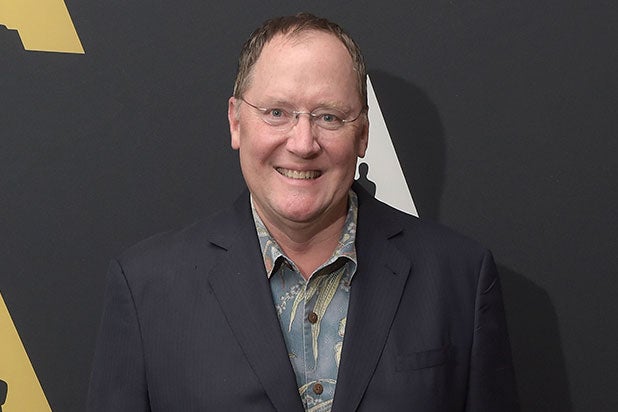 Disney has discussed bringing embattled Pixar boss John Lasseter back to the company in a new role, six months after the head of the studio’s animation division took a self-imposed sabbatical following reported complaints of workplace misconduct.

According to the Wall Street Journal, Disney executives are weighing a new role that would give Lasseter less managerial power but full creative influence over the studio’s considerable animated projects. The proposed new scenario would see Lasseter’s ability to hire or fire staff “removed or contained,” the report said.

A Walt Disney Company spokesperson did not immediately return TheWrap’s request for comment.

A homecoming for the powerful executive would be a departure from how many Hollywood companies have handled men accused of misconduct in the #MeToo era. Reported accusations against Lasseter detailed unwanted hugs and inappropriate interpersonal communication. Disney did not formally impose the leave of absence but let him volunteer.

The studio has a history of accommodating the two-time Oscar winner. The Los Angeles Times reported in early May that Lasseter’s “physical contact sometimes crossed the line and upper management worked diligently to protect the director from his own behavior.”

That report cited almost 10 Pixar employees who spoke on the condition of anonymity.

Last November, Lasseter announced he would be taking leave and apologized for what he called “missteps” in his interactions with staffers, which he said made some “feel disrespected or uncomfortable.”

Lasseter said the time would provide an opportunity for him to take “better care of myself, to recharge and be inspired, and ultimately return with the insight and perspective I need to be the leader you deserve.”

The announcement followed a Hollywood Reporter story  in which an undisclosed number of “former Pixar insiders” said that Lasseter had frequently made a habit of “grabbing, kissing, making comments about physical attributes” of women at the company.

Lasseter is best known as one of the founders of Pixar and directed films such as “Toy Story,” “A Bug’s Life,” “Toy Story 2,” “Cars” and “Cars 2.” After Disney purchased Pixar in 2006, Lasseter was named the chief creative officer of both Pixar and Walt Disney Animation Studios, where he oversees all the media giant’s animated films and projects as executive producer.

Lasseter won Academy Awards for Best Animated Short Film (“Tin Toy”) and one Special Achievement Award for “Toy Story.” Pixar itself has won eight Academy Awards and the films have grossed over $6 billion at the box office, domestically.