After going dark Friday at midnight, Disney and Dish/Sling TV reached a handshake agreement on Sunday night that restored ABC stations and other Disney-owned networks to the platform, including ESPN, FX Networks, Nat Geo, Freeform and Disney Channel.

“We have reached a handshake agreement with DISH/Sling TV, which properly reflects fair market value and terms for The Walt Disney Company’s unparalleled content,” Disney Media and Entertainment Distribution said of the deal in a statement. “As a result, we are pleased to restore our portfolio of networks on a temporary basis while both parties work to finalize a new deal.” 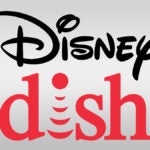 Also Read:
ABC, ESPN and Other Disney Channels Pulled From Dish and Sling in Carriage Dispute

A midnight on Sept. 30, the carriage deal between The Walt Disney Company and Dish and Sling TV expired with no renewal deal confirmed.

Dish tweeted the news at the time, stating, “Our goal and priority is to reach a fair agreement to bring their channels back as quickly as possible.”

Disney stated that it was Dish who declined to “reach a fair, market-based agreement” after “months of negotiating in good faith.”

“As a result, their DISH and Sling TV subscribers have lost access to our unrivaled portfolio of live sports and news plus kids, family and general entertainment programming from the ABC Owned Television Stations, the ESPN networks, the Disney-branded channels, Freeform, the FX networks, the National Geographic channels and BabyTV,” Disney’s statement continued. “The rates and terms we are seeking reflect the marketplace and have been the foundation for numerous successful deals with pay TV providers of all types and sizes across the country. We’re committed to reaching a fair resolution, and we urge DISH to work with us in order to minimize the disruption to their customers.”

The removal of these networks for Dish customers led to outcry on social media – especially considering fan-favorite programming with active online communities like “Grey’s Anatomy” on ABC and ESPN’s Monday Night Football coverage were temporarily unavailable. The disruption also came as ABC is launching new seasons of its series, led by flagship “Grey’s Anatomy” which returns for Season 19 this week, and ESPN is in the thick of NFL coverage with “Monday Night Football.”

Dish tweeted Sunday night: “We are pleased to announce that all your Disney and ESPN channels have been restored. Thank you for your patience and support.” 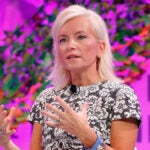