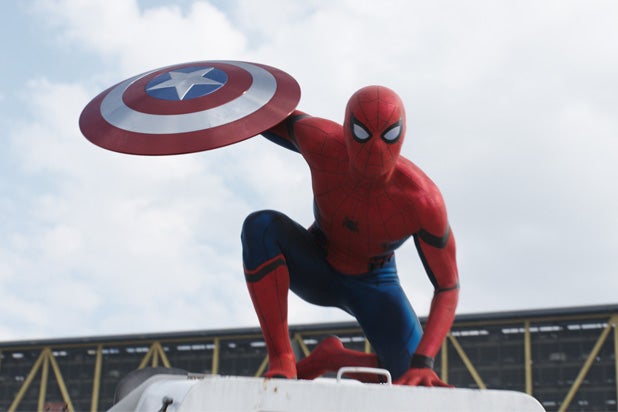 Disney drew a line in the sand on Wednesday: If Georgia Gov. Nathan Deal signs the anti-gay bill presently on his desk, the media giant is leaving his state.

Georgia Tech economics professor Tibor Besedes doesn’t think the mouse is going anywhere. After all, there is “far too much at stake” for the state to call Disney’s bluff, he told TheWrap. It’d be “disastrous” if it did and Disney bounced, Besedes said.

“If I were a betting man, I would bet that the governor is going to veto this,” he predicted during a Wednesday telephone interview.

Here’s what’s at stake: In 2013, the state brought in almost a billion dollars from local Hollywood productions; $938 million, to be precise. Besedes theorized that the gaudy number, which he referred to as “quite a bit of money” for his home state, is only rising annually.

Of course, drawing Angelenos out to Georgia doesn’t come cheap. In 2009, the state handed out $170 million in tax credits. Even if that number has grown substantially since then, it’s nowhere near the economic benefits The Peach State pulls in — which also include job growth that’s outpacing available employees.

And local government in that general vicinity has wisely bowed to similar political pressure before — it’s the whole reason you no longer see the confederate flag flying at the statehouse in bordering South Carolina. In other words, Republicans like Deal may lean a certain way when it comes to same-sex rights, but they also tend to know what’s good for business.

The econ teacher also fears a domino effect would follow if Disney departed. After all, Disney’s not even technically the first to lay down the law over the potential legislation — last week, the NFL vowed not to hold a Super Bowl in Georgia if it gets signed. But Disney would be the tipping point as far as TV and film production goes.

“If you have them pull out, others will follow,” he told us.

But which others? Well, some players are bigger than others, which would mean worse for Georgia than others. Turner has always had a massive presence in Atlanta, so any departure — though it seems unlikely — could be crippling. Another major player that Besedes pointed to before we could is Tyler Perry Studios, which purportedly aims to be bigger than Warner Bros. is in Burbank, California. That’s pretty big.

Since Disney’s gauntlet toss, other companies have taken same-side stances, though not as strong as the Mouse’s. AMC, for example, which shoots mega-hit “The Walking Dead” in Georgia, simply urged the Republican to not sign it into law.

“As a company, AMC Networks believes that discrimination of any kind is reprehensible,” the company said in a statement on Wednesday. “We applaud Governor Deal’s leadership in resisting a previous version of this divisive legislation and urge him to reject the current version as well.”

By the way, here’s the tougher version, courtesy of a Bob Iger-led company spokesperson: “Disney and Marvel are inclusive companies, and although we have had great experiences filming in Georgia, we will plan to take our business elsewhere should any legislation allowing discriminatory practices be signed into state law.”

Disney has shot several Marvel films in Atlanta due to the state’s lucrative film production tax credits, including the upcoming “Captain America: Civil War” and “Guardians of the Galaxy 2,” which is currently filming.

Disney has long had a history of supporting gay rights. The company has extended health benefits to same-sex partners of employees since 1995. Disney theme parks have also held annual Gay Days since 1991.