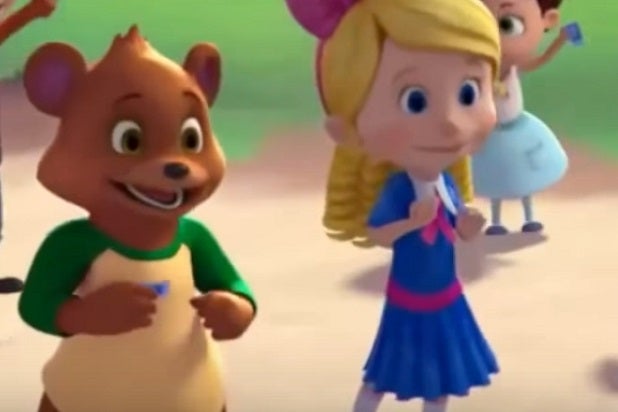 ABC has been accused of hypocrisy in its handling of this week’s cancellation of “Roseanne” in a $20 million lawsuit that … well, that doesn’t have very much to do with “Roseanne” at all, but makes pretty explosive allegations anyway.

“In the wake of the ‘Roseanne’ fiasco, the president of ABC’s television group said that cancelling hit show ‘Roseanne': ‘…came down to doing what’s right and upholding our values of inclusion tolerance and civility,'” the suit reads. However, the suit alleges, the company didn’t adhere to family values “in its treatment of a family business producing a children’s show whose themes are friendship, family and doing the right thing.”

Also Read: Disney, Pixar Hit With Lawsuit Over 'Inside Out'

According to the suit, “Goldie & Bear,” produced by Milk Barn and Microseries, was released on Disney Junior and, despite “interference from a Disney production executive who made disastrous decisions about the production of the show, the show was a success both creatively and in the ratings.”

However, the suit says, shortly before the first season came to a conclusion, Disney “orally informed Korbelin that the Plaintiffs’ services would no longer be necessary.”

The suit goes on to allege that Disney “had already secretly lined up a rival production company called Titmouse” to produce the second season of the series, then “lured away most of Plaintiff Milk Barn’s employees in New York to work for Titmouse by falsely claiming that Milk Barn was closing and the employees were being transferred.”

The complaint also says that Disney interfered with Microseries’ contractual relationship with Icon Studios and entered into a separate production agreement with Icon, cutting out Microseries “and stripping it of millions in equipment and software that Microseries had paid for.”

“By destroying the two Plaintiff companies, Disney made it virtually impossible for those companies to ever be in the children’s television or feature business again,” which they were planning to do, the suit says.

“The fact that this horrific conduct occurred with regard to the production of a children’s animated show casts a dark shadow on the character of the management of Disney,” the suit adds.

TheWrap has reached out to Disney for comment on the suit, which says that the Plaintiffs’ damages “are estimated to be a minimum of $20 million.”