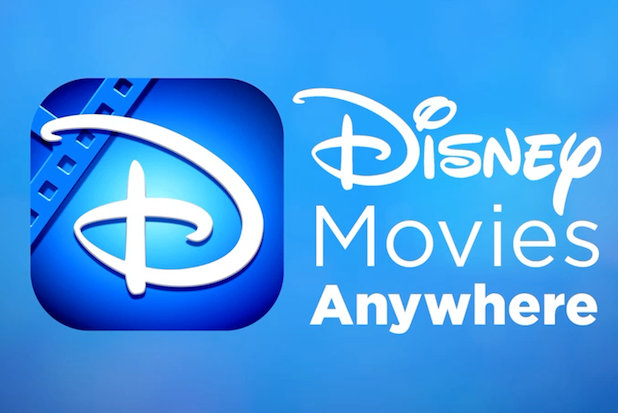 When Disney unveils its new cloud-based movie service Tuesday, it will be able to boast about a partner that has eluded all of its peers – Apple. Disney Movies Anywhere will enable users to stream or download Disney movies they buy through iTunes on any Apple device and any laptop, provided you sign up for the service.

Disney Movies Anywhere launches with more than 400 digital titles spanning the Disney, Pixar and Marvel libraries, including Disney’s latest hit, “Frozen.” People who sign up for the service early on will also receive a free Anywhere copy of “The Incredibles.”

Hollywood has embraced cloud-based movie storage services to encourage ownership and help make up for lost DVD sales; the services are designed to make it easy to access movie libraries anywhere.

Also read: Why the Home Entertainment Business Is in Its Best Shape in Half a Decade

Disney has been selling discs with redeemable digital codes since 2008. Anyone with one of those DVDs can now redeem the code to access a digital copy of that movie.

Disney has refrained from participating in UltraViolet, the cloud-based movie storage system run by a consortium that includes every other major studio.  Yet Disney tries to control its intellectual property and brand more than most, and has long said it will go it alone.

UltraViolet has partnered with retailers like Wal-Mart and Barnes & Noble, helping viewers who buy physical DVDs to watch digital copies from any of their electronic devices. Yet it has never secured a deal with iTunes, the largest digital retailer in the United States. Disney is placing all its chips in the Apple basket, limiting its app to Apple devices and launching with one partner, iTunes.

The studio has a long-standing relationship with Apple tracing to the computer giant’s late founder Steve Jobs, who also co-founded Pixar, now owned by Disney.

Disney’s CTO Jamie Voris said Disney Movies Anywhere’s technology makes it easy to partner with other companies in the future.

“Disney Movies Anywhere offers an exceptional consumer experience built around some of the most beloved and popular entertainment brands in the world,” Alan Bergman, President of Walt Disney Studios, said in a statement. “This unique technology underscores Disney’s commitment to meeting our consumers where they are with the content they want, and we’re thrilled to debut with iTunes, the  No. 1 digital media retailer in the world.”

Also read: Is UltraViolet Finally Ready to Save Hollywood’s Day?

Increased digital sales of movies have left movie studios optimistic about the future of home entertainment. Yet convincing people to opt in to cloud-based ownership services has proven more challenging. Disney is betting that partnering with iTunes, where the majority of digital sales take place, will solve that problem.