Most studios may be reining in the lavish promos, but not Disney. 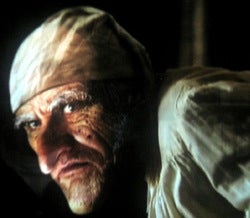 The studio has announced a 40-city, 16,000-mile traveling tour to promote its 3D holiday flick, “Disney’s A Christmas Carol,” starring Jim Carrey as Scrooge and directed by Robert Zemeckis.

Set amidst a snowy backdrop – complete with carolers — the event will be free and include sneak peeks of the film; artifacts from the Charles Dickens Museum of London; artwork, costumes and props from the film; and a chance for visitors to morph their faces into one of the film’s characters.

With a first stop at L.A.’s Union Station over Memorial Day Weekend, it will travel in four custom-designed vintage rail cars and finish at New York’s Grand Central Terminal over the weekend of October 30.