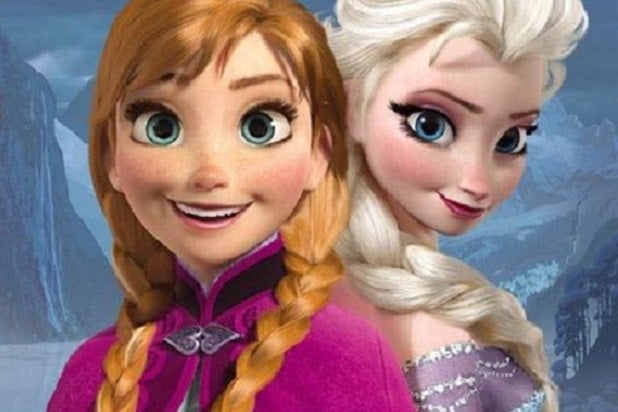 You know how your kids keeping breaking into those songs from “Frozen”?

Disney does too, and Wednesday the studio said it would be releasing a special sing-along version of its animated blockbuster in about 1,000 theaters on Friday, Jan. 31.

“‘Frozen’ fans have embraced the film’s original songs and its soundtrack with such passion — there are countless YouTube videos from people singing songs like ‘Let It Go’ — we decided to create a version that would celebrate that enthusiasm,” said Disney’s Dave Hollis, executive vice president, theatrical distribution.

On-screen lyrics and a magical bouncing snowflake will accompany select showings, he said.

“Frozen” won the Golden Globe for best animated feature and is the front-runner to capture that prize at the Oscars, too. The Disney Animation musical has taken in more than $337 million domestically and $763 million worldwide since its record-breaking Thanksgiving opening.

“Frozen” has been a huge hit overseas, and the sing-along concept has potential there too, as this video of “Let It Go” in 25 different languages suggests: