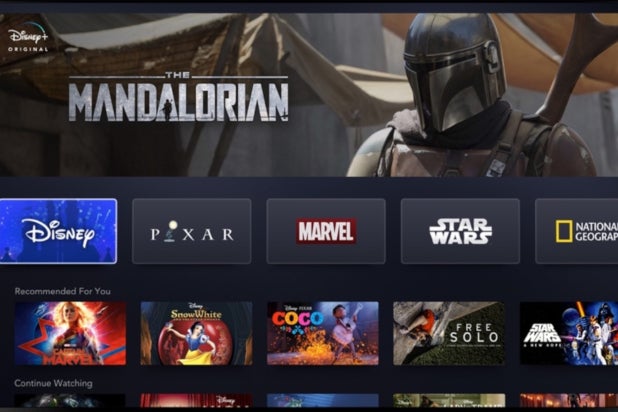 That number will raise to “mid $2 billion” by 2024, the same year they expect to achieve profitability. Disney formally unveiled Disney+ during an investor event at its Burbank, California studios. The service will launch on Nov. 12 and cost $6.99 a month and $69.99 a year.

McCarthy added they expect to have anywhere between 60 and 90 million subscribers by 2024, with two-thirds of them coming outside the U.S. Disney+ will begin rolling out to other markets beginning next year.

Along with housing titles from Disney brands including Marvel, Pixar, LucasFilm, National Geographic and its own vault, Disney+ will feature a number of original productions. All of the content will be available to download for offline viewing for subscribers.

Disney will not be able to feature all of its own films at launch, due to its existing licensing deals, it will be able to launch with titles including its own celebrated vault of classic films like “The Little Mermaid,” “Bambi” and “Fantasia,” as well as 2019 releases including “Captain Marvel,” “Avengers: Endgame” and “Toy Story 4.”

Disney is entering a crowded field in the streaming arena that will also see Apple and WarnerMedia launch their own subscription-based offerings, with Comcast planning one for 2020. Netflix is expected to spent $15 billion on content in 2019.