For those that prefer their Disney memorabilia a little flashier than the classic Mickey Mouse ears, Disneyland’s newly-opened Avengers Campus has the souvenir for you.

The Avengers Campus at the Disneyland Resort opened to the public on Friday, giving Marvel fans far and wide the opportunity to meet their favorite heroes, experience thrilling attractions and buy a one-of-a-kind collector’s item, a life-sized Iron Man statue. The statue, which was first unveiled at a press event Thursday ahead of the park’s opening, has a Hulk-sized price tag of $7,950.

Officially described as a “Life-Size Iron Mark III Collectible Statue,” Tony Stark’s alter ego can be found at the Disneyland Resort’s Backlot Premiere Shop in Downtown Disney. At a theme park already known for being pricey, the item caught the eye of fans like @KirstenAcuna on Twitter. 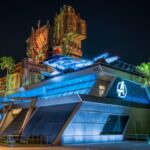 Believe it or not, there’s an ever more expensive collectible for taking — er, buying — at the resort. “Star Wars” lovers can cop a replica of everyone’s favorite droid, R2-D2, for an out-of-this-world $25,000. Just be sure to make your Disney spending decisions wisely, as neither item can be exchanged or refunded.

Inspired by the multibillion-dollar Marvel franchise, the Avengers Campus has proved to be an instant hit for fans — that is, the ones that can overlook the supersized lines. According to Twitter user @teft, his party waited for 3 hours and 15 minutes to simply enter the park. Photos from fan account @SoCal360 show the line for the “Guardians of the Galaxy” attraction overflowing well into the California Adventure park’s other areas.

The comic book-themed land’s opening comes just over a month after Disneyland reopened to the public for the first time in over a year. The closure, initiated by the COVID-19 pandemic, was unprecedented in the Southern California landmark’s over 65-year history. 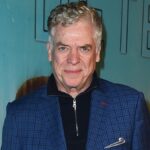