In Hollywood, revenue rarely tells the whole story — as Disney proved this year.

Based on ticket sales alone, the studio has had a pretty solid 2009, with about $2.8 billion in worldwide box office through the end of November. It’s already up about 16 percent over its 2008 global total.

And while it only ranks fifth among the majors in domestic box office, it already has eclipsed $1 billion in North American theatrical revenue for the fourth consecutive year — a first for the studio.

But there isn’t much end-of-year cheer over these figures. The Mouse House is just beginning to settle its ranks following the abrupt replacement in September of longtime studio chief Dick Cook by former Disney Channel president Rich Ross.

“The disappointment stems from the fact that we didn’t make money on some of these movies because they cost too much,” admitted one studio official. “We want to make great movies, but for a price that will give us a return on our investment."

The main issue: production and marketing costs on 3D features were simply too high in 2009.

With a lofty price tag ($175 million), the Pixar-produced “Up” ended up in the box-office stratosphere, generating $683 million globally. “Up” was particularly strong oversees, where it’s generated $390 million to date, helping the studio to its fifth highest grossing year ever internationally with $1.6 billion in foreign ticket sales so far.

Problem was, though, the two other 3D films released by Disney this year — the Robert Zemeckis-directed "A Christmas Carol" and the Jerry Bruckheimer-produced "G-Force" — couldn’t rise anywhere near that level. 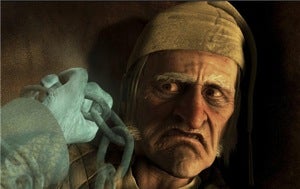 "G-Force" found the full force of its $283.3 million global box-office performance muted by production costs exceeding $175 million and a marketing tab that went over $100 million globally.

"A Christmas Carol," which cost more than $200 million to make, is experiencing the same dynamic, fighting just to get to the black — it’s currently at $243.2 million globally. This despite a sustained holiday-season performance.

Not only do Disney officials lament the expense of these films, there’s also been some second-guessing about the effectiveness of their marketing

“‘Christmas Carol’ contiunes to go on and on, but if we could have opened that movie $5 million higher, that would have meant a lot," the Disney executive said. "We didn’t get to the level we needed. You’d love to spend less and market more effectively. We just need to find the key to that formula.”

Given this context, the September house-cleaning instigated by Walt Disney Company president and CEO Bob Iger doesn’t look all that shocking, with its longtime studio chief replaced by the man who unleashed such pop-culture phenomena as “High School Musical” and Hannah Montana on basic-cable-sized budgets. 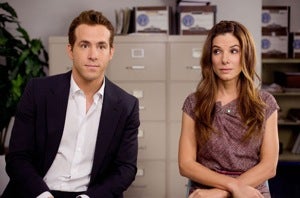 Certainly going forward, with the modestly budgeted “The Hannah Montana Movie” grossing $155.5 million globally this year, and Ross at the controls, expect to see more low-cost Disney Channel spin-offs — which are also relatively inexpensive to market — on the studio’s slate.

Viane told TheWrap that his nicest surprise of the year was watching Sandra Bullock’s $40 million “The Proposal” go on to gross $314.7 million globally.

“I think we all knew how good ‘The Proposal’ was,” Viane said. “But never in my wildest dreams did I think we could drive that into $160 million range. That was a shock.”

“A comedy grossing almost as much internationally as it does domestically doesn’t happen very often,” added studio foreign distribution president Anthony Marcoli. “Usually, you hope that it does even 60 percent to 70 percent of its domestic gross.” 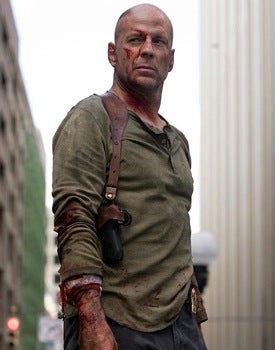 At the same time, action dramas produced under Disney’s Touchstone label appear to be on the outs.

The studio’s biggest dud of the year was the Philip K. Dick adaptation “Surrogates." Budgeted at $80 million and starring Bruce Willis, it lost significant money, taking in just $60.6 million.

Also not working for Disney in 2009: live-action comedy. “Old Dogs,” for example, won’t lose as much money as "Surrogates" did, but the film — which stars John Travolta and Robin Williams — succumbed to bad reviews and the late-year multiplex crush, grossing $40.3 million on a reported $40 million production budget so far.

With 2009 almost behind them, and probably most of Ross’ key changes, too, at least for the time being, Disney officials are looking forward in earnest to a 2010 that will feature a Tim Burton-directed, Johnny Depp-starring “Alice in Wonderland"; Mike Newell-directed, Jake Gyllenhaal-starring “Prince of Persia: The Sands of Time”; a remake of the 1980s videogame-inspired cult hit “Tron”; and the John Turteltaub-directed adventure film “Sorcerer’s Apprentice” starring Nicolas Cage. 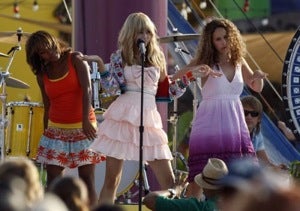 “Not only will they be blockbusters here, they’ll be blockbusters internationally,” said Marcoli, noting that Disney ranks third in foreign distribution this year, behind Sony and Fox.

“There’s going to be change everywhere,” another Disney executive told TheWrap, “change in the way we sell films, market films and produce films. We have to make great films that can return a profit. We can’t do business as usual.”