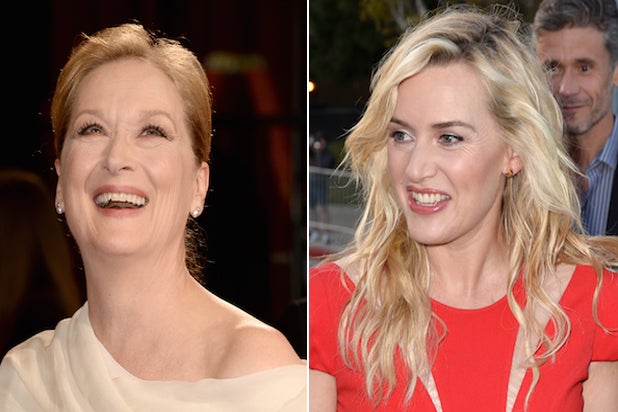 As Hollywood has adjusted to the international marketplace and Wall Street’s hunger for home runs, so have the industry’s biggest name actors.

Now, there are few independent movies made with budgets of much more than $5 million, and even fewer are studio movies with mid-range budgets that for so long were the lifeblood of the industry.

Instead, we have tiny independent films, a few tailor-made Oscar contenders, and would-be franchises, which are made for hundreds of millions of dollars — and hopefully make that much worldwide. As such, actors have begun casting their lot with these effects-heavy, merchandise-ready pictures, in part to subsidize their SAG-minimum indie work.

This weekend, we’ll see Kate Winslet, an Oscar winner with five more nominations under her belt, play a villain in the epic young adult film “Divergent,” alongside twenty something stars Shailene Woodley, Theo James and Miles Teller. Joining YA franchises has become a go-to for many actors, including the most nominated actress in history.

“The Giver”
The first trailer for the adaptation of Lois Lowry’s Newbury Prize-winning dystopian novel came out on Wednesday, and it features a mega dose of Oscar credibility: Meryl Streep, she of two wins and 15 other nominations, and Jeff Bridges, who has one Academy Award and five other nods. The movie also has Taylor Swift and Katie Holmes.

“The Hunger Games”
This one is similarly stacked. Donald Sutherland, with two Golden Globes and an Emmy, plays evil President Snow. Woody Harrelson, who has two Oscar nominations and an Emmy, has been holding down the fort as the drunk Haymitch Abernathy. Stanley Tucci — an actor with two Emmys, a Golden Globe, and an Oscar nomination — is the extravagant Caesar Flickman. The late Philip Seymour Hoffman, an Oscar winner and one of the great talents of his generation, completed his role as Plutarch Heavensbee before passing away. Oh, and there’s Jennifer Lawrence, who at 22 has an Oscar and two other nominations.

“Ender’s Game”
Sure, this flopped, but it wasn’t for lack of star power. There was Harrison Ford — yes, he has an Oscar nomination on his resume — leading the charge, backed by fellow nominee Viola Davis and a former winner, Ben Kingsley. Hailee Steinfeld and Abigail Breslin, who are still rising in the ranks, also had parts in the film.

“Beautiful Creatures”
This Southern Gothic tale was a huge bomb, probably because the intended audience didn’t care much about the credentials of its supporting characters. Look at this roster: Emma Thompson (two Oscars), Jeremy Irons (one Oscar), Margot Martindale (an Emmy), and Viola Davis (a Golden Globe) rounded out the cast.

“Percy Jackson & The Olympians”
Remember this one? Two Percy Jackson movies came out to moderate success, mostly fueled by worldwide sales. Logan Lerman got a career out of it, and the first of the two films sported Uma Thurman (Golden Globe, Oscar nom) and Catherine Keener (two Oscar noms) in key parts.