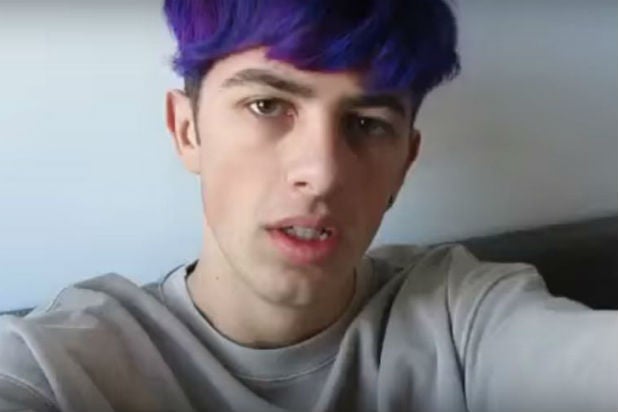 YouTube personality and vlogger Sam Pepper has quit social media following the massive backlash he received for a prank in November.

Pepper made all of the content on his YouTube channel private and deleted all of his tweets, save for one which simply says, “I give up.”

In November, Pepper released a video in which Colby Brock, one half of the Vine duo Colby and Sam, is fixing his car in the middle of the street with partner Sam Golbach when a masked man covers Golbach’s head with a bag, tapes together his hands and feet and stuffs him in the trunk of the car.

The next cut shows both Brock and Golbach bound to chairs on a Los Angeles rooftop, the masked man menacing Golbach with a gun. The hooded figure then “shoots” Brock in the head, sending Golbach into a hysterical panic.

Although Brock gets up and reveals it was a prank, many have commented on the YouTube video with outrage and disgust. Many users have taken to Twitter to blast the video, which has been viewed almost 700,000 times in its first 24 hours.