Marvel fans got their first look at Benedict Cumberbatch as “Doctor Strange” on  Monday, a bonus Christmas present.

The star of the upcoming Marvel movie was on the cover of this week’s Entertainment Weekly, which also promised to reveal the roles being played by Rachel McAdams and Mads Mikkelsen.

TheWrap previously reported that Mikkelsen (“Hannibal”) was being courted to play a villain, and TheWrap also spoke to McAdams to confirm rumors that she too was involved in the film.

“Doctor Strange,” which is being directed by Scott Derrickson (“Sinister”), is scheduled to hit theaters on November 4, 2016.

Take a look at EW’s cover below: 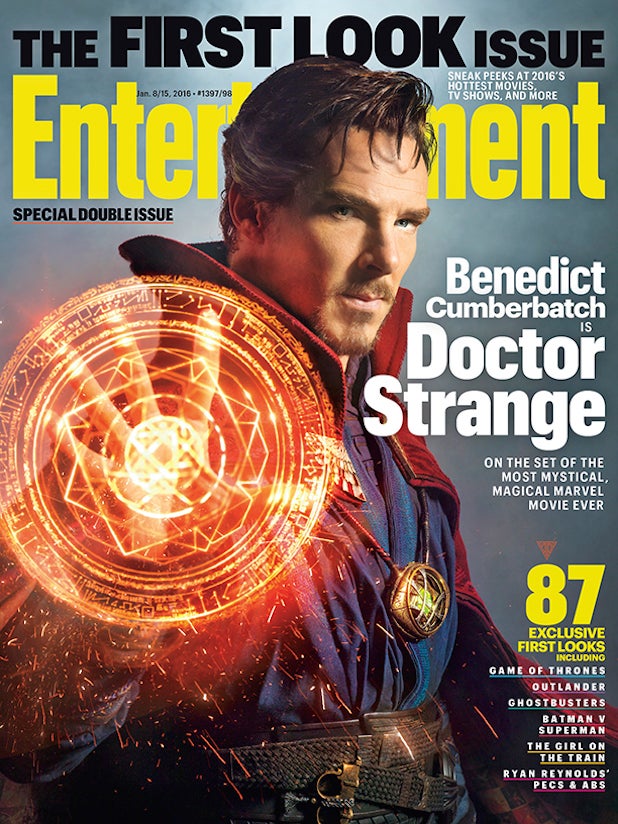