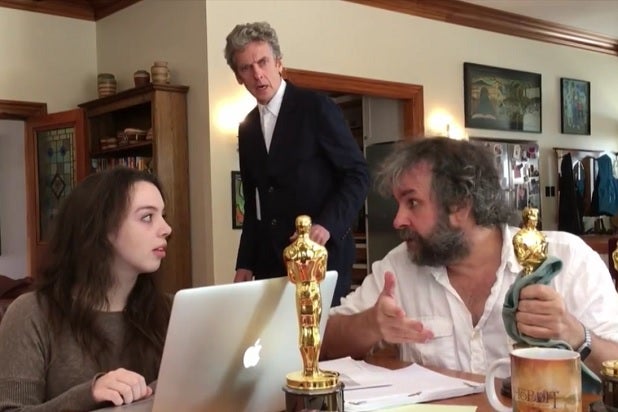 Peter Jackson will direct an upcoming episode of “Doctor Who,” Jackson confirmed on Facebook.

In a video featuring his daughter, Jackson sits at his kitchen table polishing his many Oscars. His daughter then tells him that Steven Moffat has been emailing him to arrange for Jackson to direct an episode of BBC sci-fi series.

Jackson, the director of the “Lord of the Rings” and “The Hobbit” franchises, is hesitant to commit to directing the episode, but then he gets a surprise visit from the current Doctor himself, Peter Capaldi.

Capaldi hands Jackson a BBC contract and insists that he must sign it before Capaldi can leave. However, Capaldi is chased out of the house by a Dalek before Jackson can sign.

Home InvasionThis was an interesting weekend…