In a new lawsuit the U.S. Department of Justice is seeking to compel former hotel magnate and ex-Republican Party finance chair Steve Wynn to register as a foreign agent.

The move comes in response to what DoJ says is his work on behalf of the government of China in 2017, when Wynn repeatedly lobbied Donald Trump to deport a Chinese businessman seeking asylum in the United States.

The lawsuit does not identify who the businessman was, but according to The New York Times, they are likely referring to Guo Wengui, an outspoken critic of corruption in the Chinese government. Wengui has been charged with corruption in China, charges he claims are retaliatory. Wynn’s efforts, according to the lawsuit, were fruitless. 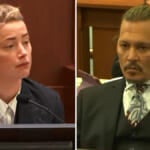 According to the lawsuit, Wynn tried several times to lobby Trump to deport Guo while serving in his capacity as Republican Party finance chair. The DoJ lawsuit also says that Wynn appears to have acted on behalf of the Chinese government in an attempt to ease negotiations for extension of his license to operate casinos in the Chinese gambling hub of Macau.

The lawsuit says that the Department of Justice sent letters “advising” Wynn of his obligation to register as a foreign agent under the Foreign Agents Registration Act in 2018, 2021 and 2022, and that Wynn has consistently refused.

The lawsuit seeks a judgment that Wynn must register as a foreign agent, “a permanent injunction requiring the Defendant to submit a true and complete registration statement,” and other additional relief and judgment the court may deem appropriate. 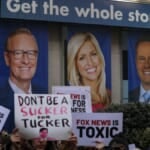 Wynn served as GOP finance chair until early 2018, when he was accused in a Wall Street Journal investigative report of dozens of acts of sexual misconduct over several decades. He resigned from that position and, a week later, resigned as CEO of Wynn Resorts.