Dolph Lundgren has signed on to star in the direct-to-DVD sequel to "Kindergarten Cop," the beloved 1990 comedy starring Arnold Schwarzenegger, TheWrap has learned.

Universal's 1440 Entertainment division is backing the film, which finds Lundgren going undercover to find a missing flash drive from the Federal Witness Protection Program and on the run from Albanian villains. Fortunately, he has an Indian sidekick named Sanjit to help him out, though there's still no word whether the sequel will bring back the adorable ferret from the original film.

Lundgren isn't exactly replacing Schwarzenegger since he's playing a different character, but as a cherished B-movie staple, he's the perfect substitute for the home video sequel-cum-remake.

Also Read: 'Kindergarten Cop' Remake in the Works at Universal

Don Michael Paul ("Jarhead 2: Field of Fire") is directing from a script by David H. Steinberg ("American Pie 2"). Production is currently under way in Vancouver. 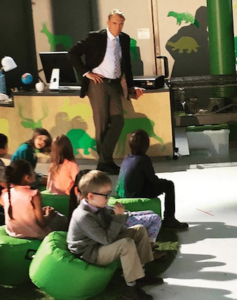 Lundgren recently worked with Schwarzenegger on the "Expendables" movies and may be best known for playing Russian boxer Ivan Drago in "Rocky IV." He's represented by the Gersh Agency, LINK Entertainment and Bloom Hergott.

The photos originated on ManlyMovie.net, which first reported the news.