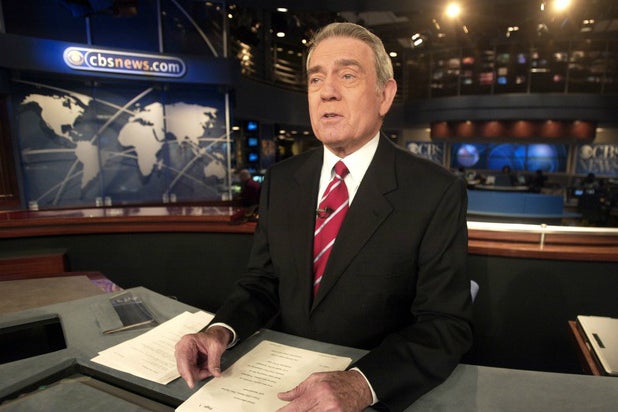 “By any objective analysis, this is a new low and unprecedented in the history of American presidential politics,” Rather wrote in a lengthy Facebook post. “This is no longer about policy, civility, decency or even temperament. This is a direct threat of violence against a political rival. It is not just against the norms of American politics, it raises a serious question of whether it is against the law.”

Rather pondered: “If any other citizen had said this about a presidential candidate, would the Secret Service be investigating?”

“The Secret Service is aware of the comments made earlier this afternoon,” the top law enforcement agency tweeted on Tuesday following Trump’s remarks, so the answer to Rather’s question is obviously, yes.

“To anyone who still pretends this is a normal election of Republican against Democrat, history is watching. And I suspect its verdict will be harsh,” Rather continued. “Many have tried to do a side-shuffle and issue statements saying they strongly disagree with his rhetoric but still support the candidate. That is becoming woefully insufficient. The rhetoric is the candidate. This cannot be treated as just another outrageous moment in the campaign.”

On Tuesday, Trump shocked many media commentators when he seemed to suggest that people with guns should do something about Clinton and judges she would choose for the Supreme Court. “If she gets to pick her judges, nothing you can do, folks,” Trump said. “Although the Second Amendment people — maybe there is, I don’t know.”

His campaign quickly issued a statement: “It’s called the power of unification — 2nd Amendment people have amazing spirit and are tremendously unified, which gives them great political power. And this year, they will be voting in record numbers, and it won’t be for Hillary Clinton, it will be for Donald Trump.”

Rather disapproving of Trump isn’t new.

“What he said about Muslims, the effect of that is a great advantage for ISIS,” Rather told TheWrap last year. “This is the greatest propaganda coup for ISIS in recent times,” he continued, adding that the terror group can radicalize prospective followers by pointing out that a leading U.S. presidential candidate is anti-Muslim.