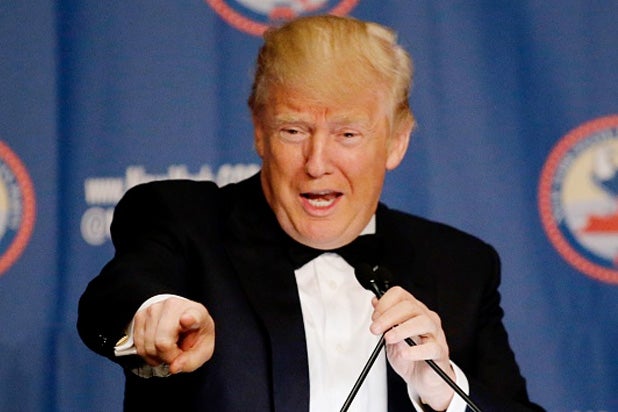 Donald Trump’s presidential campaign announced on Wednesday that it raised $26 million dollars in donations and another $25 million from fundraisers since late May.

The campaign said that more than 400,000 supporters have donated, with 94 percent of supporters giving under $200. According to a statement issued by the campaign, the presumptive Republican nominee matched $2 million that was generated during the first e-mail solicitation.

“We just started our fundraising efforts in the last week of May and we are extremely pleased with the broad-based support in the last five weeks for the Trump Campaign and Trump Victory,” Trump campaign finance chairman Steven Mnuchin said in a statement. “We want to thank our many volunteers and contributors that are committed to electing Donald J. Trump as President in November.”

“Trump personally contributed $3.8 million to the campaign this month which brings total contributions to $55 million,” the statement said.

An additional 22 fundraising events in this time period earned another $25 million.

“The campaign expects the success to continue throughout the summer with broad support on small dollar contributions via email solicitation from passionate supporters,” the campaign said.

Also Read: No E-Mail Charges for Hillary Clinton - What Else Ya Got, Trump?

“If need be, there could be unlimited ‘cash on hand’ as I would put up my own money, as I have already done through the primaries, spending over $50 million. Our campaign is leaner and more efficient, like our government should be,” Trump said at the time.

Trump has been relying on cable news coverage as opposed to buying TV spots. Hillary Clinton’s campaign has aired over 20,000 TV ads since June 8, according to The Wall Street Journal. Trump’s campaign has not aired any in that time span, the paper said.