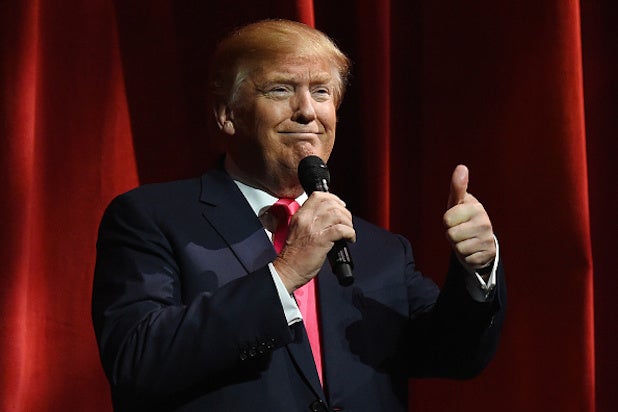 Donald Trump says his decision to repeat a supporter’s claim at a recent rally that Ted Cruz is “a pussy” was all in good fun.

“It was like a retweet,” Trump said on “Fox & Friends” Tuesday morning. “I would never say a word like that. Every once in a while you can have a little fun, don’t you think?”

While appearing on MSNBC’s “Morning Joe,” the GOP presidential candidate went even further and claimed it was actually a “great moment.”

“The place went wild. Standing ovation. You’re talking about close to 5,000 people,” Trump explained. “Standing ovation, went totally wild, and all I was doing was repeating, because people couldn’t hear it, so I was doing everybody a favor.”

Trump repeated the insult a supporter hurled at his GOP rival during a rally in New Hampshire on Monday night.

“She just said a terrible thing. Shout it out because I don’t want to say it,” Trump said to the woman in the crowd. “You’re not allowed to say — and I never expect to hear that from you again…she said, ‘He’s a pussy.'”

Watch the video below to see Trump reflect on the “great moment.”