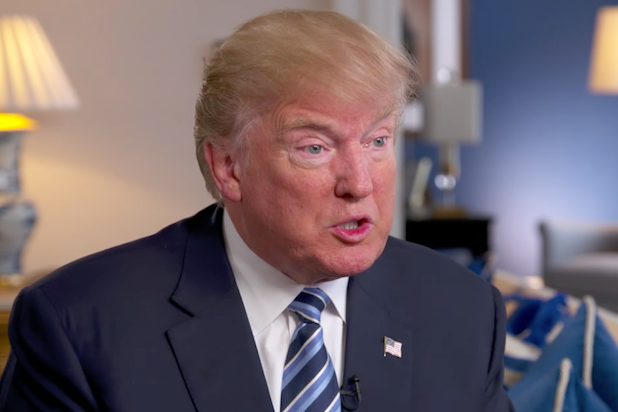 Trump said he goes to rallies and people are “starting to hate the media” because “a lot of it is a big lie.”

Stephanopoulos pushed back by saying the GOP nominee has received billions of dollars in free media. Trump responded, “I don’t know if you call it a billion dollars in free [media] when it’s bad.”

Trump also hit on his usual talking points such as the system being rigged, Hillary Clinton’s emails and his great stamina. He spoke about campaigning from 7 a.m. until 1 a.m. on a daily basis.

Trump’s adult children and wife, Melania, eventually joined him for a portion of the interview that was conducted at the opening of his new hotel in Washington, D.C.

Eric Trump said the Trump name is “the hottest brand in the world right now” when he was asked if the family’s bread and butter is in trouble because of various campaign controversies.