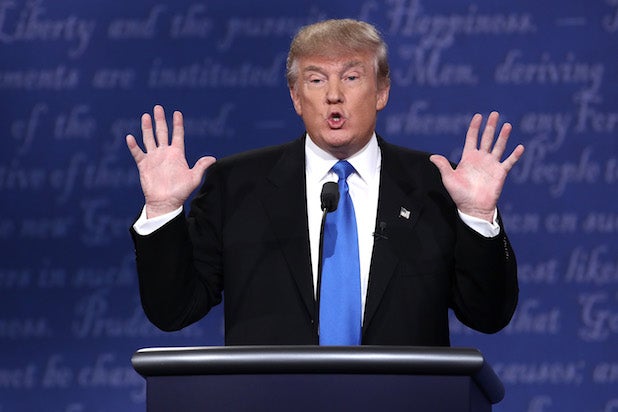 Donald Trump lost Monday’s debate in the eyes of many, but he absolutely dominated the conversation on Facebook, picking up a 79 percent share of the site’s chatter, according to preliminary overnight data.

Facebook users watched 55 million views of debate-related content on Monday and only 21 percent of the conversation was about Hilary Clinton. The most talked about moment of the debate on Facebook was when Trump discussed his temperament being an asset. Facebook does not measure sentiment breakdown, so both negative and positive Trump-related chatter counts.

Throughout the U.S., 18.6 million people generated 73.8 million Facebook likes, posts, comments and shares related to the debate. Journalists and news organizations found a variety of creative ways to get users involved through Facebook Live, from speaking with voters at a New York pizzeria to using reactions to gauge viewers sentiments.

Twitter has not released its official data yet but media outlets are already proclaiming that the Trump-Clinton showdown was the most-tweeted debate ever. Many Twitter users seemed to think Clinton won the debate and her supporters were quick to spread the word.

The debate, moderated by NBC News’ Lester Holt, was the first of three debates before Election Day.