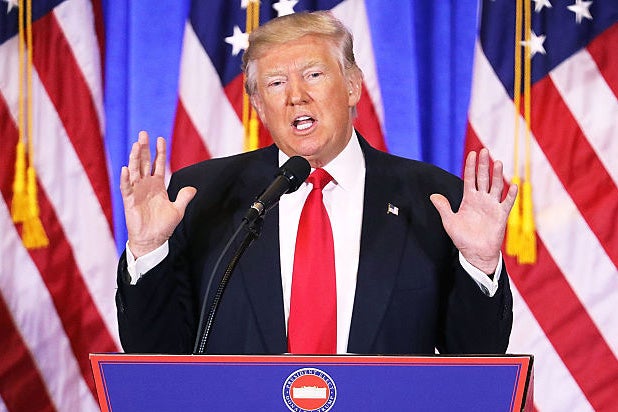 If you’re looking for an explanation but coming up dry, allow us to back up and let fly: Earlier this month, BuzzFeed reported that a dossier containing “explosive — but unverified” allegations had been making the rounds.

Among the allegations: That Trump, while on a visit to Russia, rented “the presidential suite of the Ritz Carlton Hotel, where he knew President and Mrs OBAMA (whom he hated) had stayed on one of their official trips to Russia, and defiling the bed where they had slept by employing a number of prostitutes to perform a ‘golden showers’ (urination) in front of him.”

As the new Leader of the Free World might say, “Yuuge.”