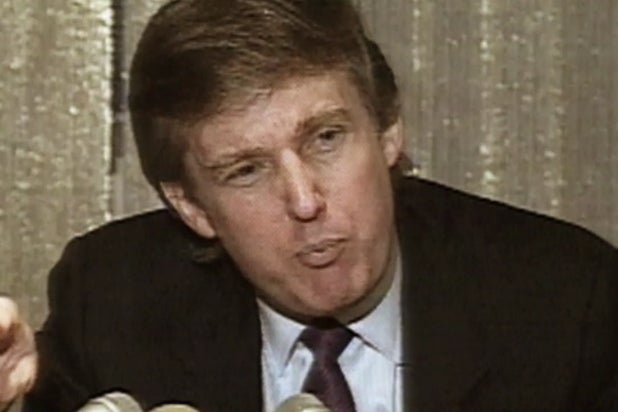 The Central Park Five have become a textbook case of young, black and Latino suspects being falsely accused and imprisoned.

After they were accused in the brutal rape of a jogger in 1989 and sent to prison, DNA evidence identified the real rapist — who confessed — and the city of New York paid them $40 million for their ruined lives.

But Donald Trump — who 28 years ago took out newspaper ads in response to the attack calling for the reinstatement of the death penalty — told CNN this week that he still thinks they’re guilty.

“They admitted they were guilty,” Trump said in a statement. “The police doing the original investigation say they were guilty. The fact that that case was settled with so much evidence against them is outrageous. And the woman, so badly injured, will never be the same.”

Here’s a little background, from Bloomberg:

Prosecutors sought in 2002 to throw out the convictions when DNA tests on semen from the victim’s socks linked Matias Reyes, a convicted murderer and serial rapist, to the attack. A state judge overturned their convictions and Reyes confessed. In 2014, the city settled the defendants’ civil-rights claims.

CNN notes that the five black and Hispanic youths — who were aged 14 to 16 when they were arrested — said police denied them sleep and food over two days, and that none of them confessed to rape during police interrogations, but instead pointed the finger at others in their group. The jogger, who was left comatose after the attack, had no memory of it.

So here are the people who agree the Central Park Five were innocent:

And here are the people who think they’re guilty:

If you’re looking for a good movie this weekend, check out Ken and Sarah Burns’ 2014 film “The Central Park Five,” which lays out this miscarriage of justice in horrifying detail — and includes Trump’s newspaper ad.