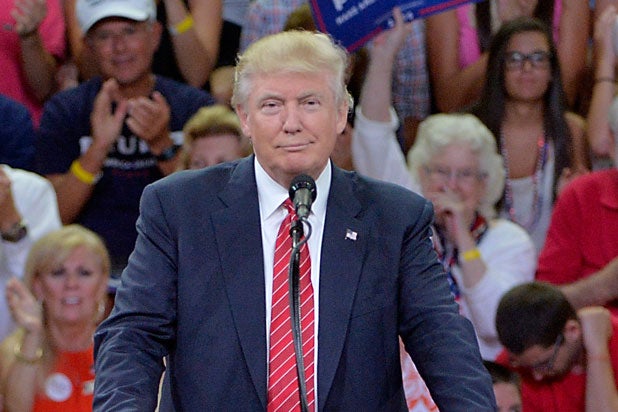 Donald Trump now claims he was being sarcastic when he repeatedly said President Obama is the founder of ISIS over the last two days, and even took a shot at CNN in the process.

CNN wasn’t the only news organization that covered the comments seriously, but Trump’s latest tweet will probably dominate another news cycle. He followed up his “sarcasm” tweet with another message aimed at the media.

Also Read: Gary Johnson Agrees With Trump That Obama Founded ISIS - But Not on Purpose

“I love watching these poor, pathetic people (pundits) on television working so hard and so seriously to try and figure me out. They can’t!” Trump wrote on Twitter.

Trump also referred to the president as “Barack Hussein Obama” throughout the South Florida rally. He appeared on CNBC Thursday morning to double down on his ISIS comments.

“He was the founder of ISIS, absolutely,” Trump said on the business network. “The way he removed our troops — you shouldn’t have gone in. I was against the war in Iraq. Totally against it.”

Trump continued: “That mistake was made. It was a horrible mistake — one of the worst mistakes in the history of our country. We destabilized the Middle East and we’ve been paying the price for it for years. He was the founder — absolutely, the founder. In fact, in sports they have awards, he gets the most valuable player award. Him and Hillary. I mean she gets it, too. I gave them co-founder if you really looked at the speech.”

After his rally and CNBC appearance, Trump continued to make similar statements throughout the day during a variety of appearances, including a stop on conservative radio host Hugh Hewitt’s show.