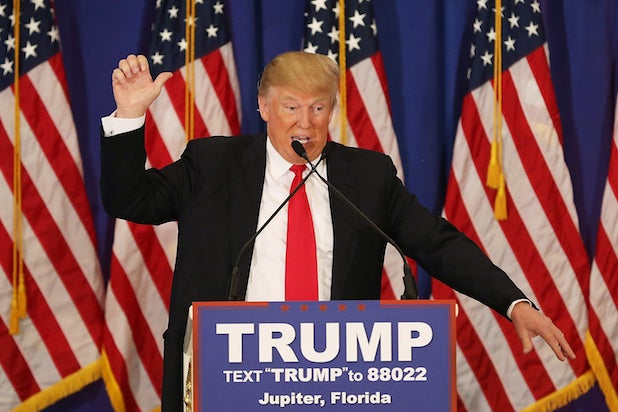 A protester at a Donald Trump rally in North Carolina was punched in the face by a Trump supporter as he was being escorted out of the building.

Jones gave the middle finger to the crowd as he was leaving, at which point a Trump supporter wearing a white cowboy hat struck him in the face. Jones was then taken to the ground by the men in uniform before being escorted out.

“It’s happening at all these rallies now and [the police are] letting it ride,” Jones told the Post. “The police jumped on me like I was the one swinging.”

“My eye still hurts,” he added. “It’s just shocking. The shock of it all is starting to set in. It’s like this dude really hit me and they let him get away with it. I was basically in police custody and got hit.”

The Cumberland County Sheriff’s office did not immediately respond to TheWrap’s request for comment. The puncher, identified as 78 year old John McGraw, voluntarily went in for an interview with the sheriff’s office Thursday morning, at which time he was arrested and booked on assault and disorderly conduct charges, per TMZ.

Violence has erupted multiple times during rallies for the controversial GOP candidate. Trump has been criticized for inciting violence against protesters at his rallies and calling the media “disgusting” and “dishonest.”

Also Read: Donald Trump Wanted to 'Punch' a Protester at Rally in Nevada

Trump said that when a protester interrupted a rally in Nevada in Feb., he would like to “punch him in the face.”
Watch multiple videos of the incident below.

Cumberland County sheriffs department stands by as man is assaulted after protesting at Trump rally in Fayetteville, NC. SHARE.