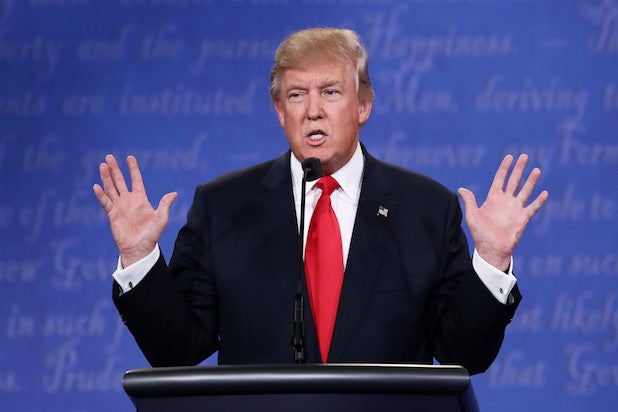 It has been long rumored that Donald Trump will attempt to start some type of media organization if he loses on Election Day, and it might already be hiring.

An organization billed as an “up-and-coming conservative media network currently in development” is looking for employees, according to Fox News.

A casting notice says the network is looking for hosts, reporters and right-leaning, well-spoken panelists — exactly what a potential Trump TV would need.

The Trump campaign did not immediately respond to TheWrap’s request for comment.

Auditions are being held at an undisclosed New York City studio on Monday. The casting call suggests that initial programming will be streamed on the internet, according to Fox News. This makes sense, as Trump already has an evening newscast that streams daily on Facebook Live.

“I want to win the presidency and I want to make America great again. It’s very simple. I have no interest in a media company,” Trump recently told the Washington Post, but it doesn’t appear that anyone believes him.

Maybe this is a casting call for Trump TV. Or Trump News. Maybe it isn’t. But it might be your only chance to work for The Donald.