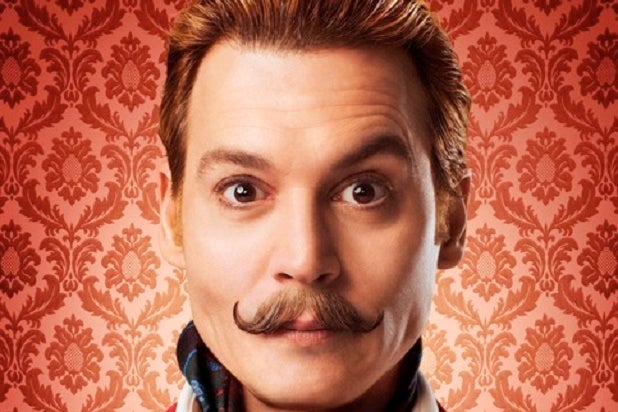 Johnny Depp’s box-office blunder with the comedy “Mortdecai” this weekend says as much about the state of the movie business as it does the actor, who’s endured five straight box office flops.

The fact that well-made movies will usually still succeed, and bad ones won’t, hasn’t changed. But it’s superhero brands like Marvel and DC Comics and high concepts that are drawing the biggest audiences to theaters today, replacing the A-list talent that formerly topped the multiplex marquees.

The guys and gals in spandex suits, along with animated fare, are shaping Hollywood’s long-term strategies, too. The raft of films already set for release three, four and five years down the road by the studios is nearly all superhero sequels, not the star vehicles that once dominated.

“In today’s world of superheroes, high concepts and franchise films, any given star and their so-called star power only burn as bright as the movie, the concept and the marketing they are surrounded by,” he said.

Superheroes drove five of last year’s top 12 movies at the domestic box office, five were sci-fi or fantasy and two were animated. Women starred in the two films that seemed most driven by their stars, “The Hunger Games: Mockingjay – Part 1” with Jennifer Lawrence and Angelina Jolie’s “Maleficent.”

“At one time a particular star’s name on the marquee may have been enough to have audiences lining up, but over the past decade in particular it is the concept that has the power, not the star,” Dergarabedian said.

Bradley Cooper may have earned his third straight Best Actor Oscar nomination for “American Sniper,” but it is the film’s message rather than the messenger that is driving its spectacular grosses.

“Just look at the slew of major stars who have enjoyed massive success within the framework of the kinds of movies that made them a star in the first place and then when they move on to a more esoteric or less commercially appealing concept, suddenly they fail to draw that same audience,” he continued.

Depp, who scored big with high-concept fare like the “Pirates of the Caribbean” movies and “Alice in Wonderfand,” is an example of that. And Robert Donwey Jr. is another.

His three “Iron Man” movies have grossed more than $2.4 billion globally for Marvel and Disney, but he failed to connect last fall with “The Judge.” The courtroom drama couldn’t crack $14 million despite decent reviews and co-star Robert Duvall, and topped out with a disappointing $47 million for Warner Bros.

Some top actors are content to remain in their comfort zones.

“Some stars are still able to chose time after time, projects that keep them in the sweet spot of the audience’s comfort zone and thus keep their star power burning bright and Denzel Washington is a great example of that,” Dergarabedian said.

Also Read: Dependable Denzel Washington to Dominate With ‘The Equalizer’

“He’s as dependable and as reliable as they get, and Mark Wahlberg is another great example,” Dergarabedian said.

“Often when stars swing for the fences within the framework of an esoteric or challenging movie concept or ‘play against type,’ their star power can dim,” he continued. “That’s OK as long as you don’t have too many of those misses in a row. If you do that, you risk losing your star power — which is the one superhero power that all great stars have.”

It may be telling that the actors with the second and third-highest overall box office grosses – Morgan Freeman and Samuel L. Jackson – both got there specializing in supporting roles and by appearing in their share of superhero franchise movies. But the overall top earner is Tom Hanks, who has yet to put a cape on.