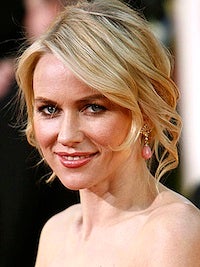 Summit picked up most worldwide rights to "The Impossible," the second Naomi Watts feature on its slate.

Summit will also distribute "Fair Game," in which Watts plays outed CIA agent Valerie Plame, to North America and several other markets. Sean Penn co-stars in the Doug Liman film that will debut at Cannes.

"Impossible" is set to begin production in late summer.